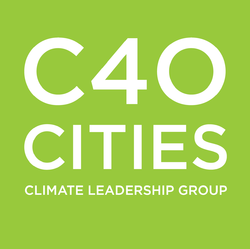 The C40 cities group is looking at how to enable city pension funds to invest sustainably in their own “backyards”.

The C40 Cities Climate Leadership Group is a group of 90 big cities and it has issued a request for proposals (RFP) looking at the feasibility of setting up an Urban Climate Action Fund.

The vision is to create a fund, or series of local/regional funds “as a mechanism for sustainable investments for pension funds and other investors”.

“Through this fund, a portion of city pension savings or other appropriate funds from cities and other investors could be put to a positive use for the creation of a sustainable urban future,” the RFP states.

The C40 group, which represents more than 650m people and one quarter of the global economy, says the fund should be “capable of absorbing pension assets – allowing pension fund managers to invest in such funds within existing legal and regulatory structures.

“The fund should not be a climate impact fund but provide returns that are sufficient to attract investment from public pension funds.”

An advisory group comprising officials and pension staff from seven cities – Boston, Cape Town, London, Los Angeles, New York, Pittsburgh and San Francisco – has been set up to oversee the project with a possibility of additional members in the future.

Responders are to submit their proposals by July 5 and the final research outcomes will be presented to C40 in early-November.

The urban fund initiative comes in the wake of the launch of the Climate Endowment this month, which has been formed to allow European pension and insurance funds to invest at scale in illiquid renewable energy and clean tech assets.