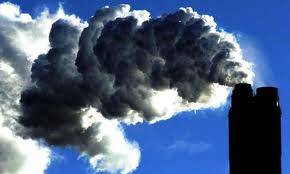 The Paris Agreement has changed the state of play for investors. Business now has the certainty it needs to transition to a lower-carbon world. With clarity of vision, investors have the chance to capitalise on this opportunity.

Agreed in December 2015, the Paris Agreement will open for signature on 22 April and may enter into force as early as this year. In a joint presidential statement, the US and China, the world’s two largest carbon polluters accounting for 40% of global emissions, have announced that they will join the agreement this year.

As a legally binding treaty, the Paris Agreement provides the necessary long-term political framework to instill confidence in those private actors who are already leading the way. Indeed, it validates the significant number of corporate and financial commitments made on the sidelines of the COP21.

At the same time, the Agreement crystallises the transitional risks associated with climate change, stimulating laggards to act. It reinforces that companies and investors should integrate proper climate risk assessment and management into their business practices. It also underscores that investment intermediaries should stress-test their portfolios for climate risk.

Every Party is now obliged to act

With the adoption of the agreement, the international community has recognised that climate change poses a systemic risk to the global economy that requires enhanced transparency and management. That represents a turning point for investors.

The Paris Agreement demands that all participants take action. It trades the ‘top down’ approach of the Kyoto Protocol for principles of universal participation. Each Party is now obliged to prepare, communicate and maintain nationally determined contributions (NDCs) (Article 4(2)) with common rules on transparency and accountability (Articles 13 and 14).

The Agreement will accelerate the implementation of climate change laws and policies in every country. Through NDCs, every Party will articulate progressively more ambitious legal and policy actions.

But can governments achieve the required scale of change at a purely state level? And more importantly, will business – and investors – lose out if they do not participate in the transition?Business now has certainty about the future direction of travel

The Paris Agreement frames the direction of travel for the entire economy. Parties will contribute towards new universal goals, including to:

Therefore, it is only to be expected that investment patterns will change – and promptly.

Even before its entry into force, the agreement has received early validation from the private sector, with a groundswell of shareholder resolutions calling on companies to address climate risk – indeed the US has seen a record number of resolutions this year. And despite opposition, the US Securities and Exchange Commission ordered that Exxon Mobil and Chevron must allow a shareholder vote on proposals that analyse climate risk to their operations.

Countries’ own promises are the principal means for enforcing compliance

Nationally determined contributions (NDCs) are now the principal mechanism through which Parties are expected to meet their obligations under the Paris Agreement. It is up to them to decide what they can commit to and how they put that into practice. However, international law could hold countries accountable for their commitments. In certain circumstances, the content of NDCs could become legally binding.

The Agreement also contains mechanisms to ratchet up ambition over time.

Parties have an obligation of upward only progression. They have to prove their ambition is real by building on previous commitments (Article 4(3)). They will be challenged if they backslide in their contributions.

New commitments to transparency and accountability will also reinforce momentum.

Through the enhanced transparency framework, experts will scrutinise Parties’ progress towards achieving their NDCs with the aid of mandatory information reporting (Article 13).

The Paris Agreement also establishes a global stocktake, to take place every five years. The Conference of the Parties will assess collective progress towards achieving the goals of the Agreement (Article 14). Non-compliant States will pay the price in political and reputational terms. The same will quickly become true for industry.

The proposed national plans (INDCs) presented in the lead-up to COP21 showed that different countries were aiming for very different goals. But with new and universal accounting guidance, the international community’s ability to measure ambition will mature.

How will we guarantee compliance?

The Paris Agreement lays out enforcement and compliance measures which are, in traditional terms, relatively weak. But while enforcement may not be straightforward, this does not affect the agreement’s legally binding character, or its prospects for success.

On the other hand, other methods of enforcing the Paris Agreement remain available at the domestic and international levels.

A matter of competitive advantage

The Paris Agreement is designed to work in a most fundamental way. It will alter the economic behaviour of States towards climate sensitive growth.

But just as international law increasingly speaks to actors beyond governments, the Paris Agreement introduces an international standard for the private sector. Businesses that seek to remain competitive in this evolving legal landscape should take heed of how the Paris Agreement has changed the state of play. Those that swiftly recognise and respond to climate risk, and work out how to manage it transparently, will outstrip the laggards.

Foresight is the dominant gene in the financial world. Investors should commit themselves to recognising climate risk – and internalising it.

Kurt Winter is a Company and Financial Lawyer at ClientEarth.