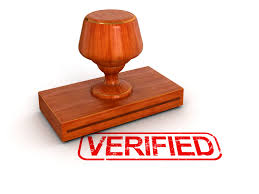 The Climate Bonds Initiative’s (CBI) standards board has approved the world’s first EU-compliant green bond standards, which will launch next month.
The London-based NGO will release the latest iteration of the standards, which will be known as SV3, in early September, saying they will enable issuers to have bonds certified in a way that is “compatible with the newly-proposed EU Green Bond Standard (GBS)”.
The GBS is based on the EU green taxonomy, currently in development, which identifies eligible business activities that support a low-carbon transition. The GBS has no current legal weight, but the European Commission is considering whether to introduce a legislative proposal on the topic, once the taxonomy is firmed up. There is a working group dedicated to the topic within the Commission’s Technical Expert Group on Sustainable Finance, which includes CBI’s CEO Sean Kidney, as well as representatives from Nordea, Credit Agricole and ICMA’s Green Bond Principles.
Some well-regarded green bond reviewers have expressed concerns over the direction of the EU’s policy package when it comes to green bonds. Christa Clapp, from Norway’s Centre for International Climate and Environmental Research, penned her concerns over the proposed GBS in RI earlier this year, saying the requirements could be burdensome, over-complicated and limiting for investors.But CBI says its standards team “was closely engaged in the development of the taxonomy” and its own standards, which have been around since 2013, will be updated to harmonise with the taxonomy.
“We will also be reviewing the sectors covered in the EU Taxonomy but not covered under the existing Climate Bonds Standard sector, namely manufacturing and ICT, with a view to using the EU Taxonomy to expand our criteria and thereby increase the range of assets and projects that can be certified under the Climate Bonds Standard,” it added, with further updates expected in the autumn.
As well as catering for developments in Europe, it also accommodates guidelines issued in India, Japan and the ASEAN region, CBI said.
The nod to regulatory compatibility is part of wider changes, which include more of a focus on climate adaptation and resilience, and updates to the sectors it covers, including bioenergy, waste and hydropower.