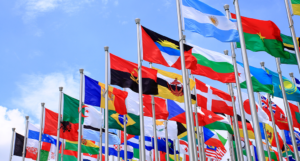 National climate pledges have no immediate bearing on the sovereign credit ratings, according to Fitch and Moody’s.

But researchers from the University of Cambridge – including former S&P chief sovereign ratings officer, Moritz Kraemer – have found that at least 63 nations could face credit downgrades by more than one notch on average in less than a decade if global climate pledges are not met.

A separate study by FTSE Russell which looked at a longer time horizon found that such a scenario, where climate policies are not implemented in earnest until 2030, would cause nearly half of the constituents of the FTSE World Government Bond Index – including Australia, Japan, South Africa and Spain – to default on their sovereign debt by 2050.

Credit ratings agencies (CRAs) currently apply the same ‘long-term’ rating methodology to short-term sovereign bonds as they do to longer-dated debt – which can mature anywhere between 10 to 100 years.

“In principle a country’s climate policy is relevant to sovereign credit analysis, however long-term plans that have no immediate economic effects are difficult to assess when considering an issuers’ creditworthiness,” said Nneka Chike-Obi, Director of Sustainable Finance at Fitch.

Similarly, Marie Diron, Managing Director of Sovereign Risk at Moody’s, said it would “explicitly factor in NDCs and climate policies… if we see material credit implications such as increasing risks for issuers whose access to financing may tighten [as a result of investors decarbonising]”.

“However, we may also relate failure to implement policies aligned with international agreements or prior pledges as a sign of weak policy effectiveness and governance,” Diron added.

S&P was not able to provide commentary in time for publication.

The comments come on the back of COP26, where China and India were singled out for criticism after they successfully opposed stronger commitments to "phase out" coal and end fossil fuel subsidies.

“We’ve seen the cost of capital for oil and gas companies increase rapidly in recent years due to the realisation that they represent high-risk investments and I think this is something that sovereign bond investors might want to think about.

“It’s reasonable that investors consider sovereign transition plans and climate risk in their decision-making. If you’re buying bonds from countries which are a major subsidiser of fossil fuels, then fundamentally you are supporting that subsidy as well.”

The materiality of climate risks on sovereign debt was also referenced by Northern Trust chief economist Carl Tannenbaum at a recent press event.

“Governments are really feeling the pressure on this, I can see a day where sovereign debt is scored on the climate performance of local governments – and when you hit governments in the pocket book, you will get their attention,” Tannenbaum said.