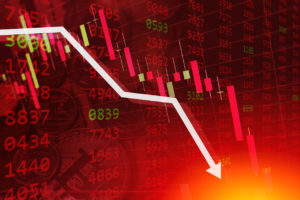 Up to $2.3trn of company valuation could be lost by 2025 as policymakers around the world take steps to deal with the climate transition, according to the latest analysis by the Principles for Responsible Investment (PRI).

Working with Vivid Economics and Energy Transition Advisors on the latest phase of its Inevitable Policy Response (IPR) project, the PRI warns that between 3.1% and 4.5%, or $1.6trn-$2.3trn, is permanently at stake for companies in the MSCI All Countries World Index (ACWI) – one of the world’s most used benchmarks. The study analyses the iShares MSCI ACWI ETF from BlackRock, which tracks the index.

Around 30 analysts have spent the last six months creating sector- and company – level climate forecasts based on eight ‘policy levers’ that are likely to be employed by governments to rein in climate change over coming years. The levers include carbon prices, coal bans and support for renewable energy.

The analysts bought in “a myriad” of external data to help them compile information on 1,400 MSCI ACWI companies. They have assessed revenue streams, the viability of assets such as mines and wells and whether firms could pass additional costs onto consumers or not, for example.

Jason Eis, Executive Director at Vivid Economics, conceded that data quality “can make it difficult” to build robust profiles, and that the predicted impact to markets “is not catastrophic”. But, he told RI, the losses will be “very concentrated and substantial in portions of the market” including automotives, steels, utilities and land use.

“There are some sector averages that don’t show up much impact from climate policies, but those averages disguise some pretty significant winners and losers when you dig down to company level,” he explained, although the IPR doesn’t identify specific companies in the final document. What the report does show is that the 100 worst performing companies in the benchmark could lose 43% of their current value. On the flip side, the best 100 companies could gain 33%.

Sagarika Chatterjee, Director of Climate Change at the PRI, said the new research “takes the TCFD [Task Force on Climate-related Financial Disclosure] and transition risk analysis to a new stage”, adding that – as well as using the IPR in their scenario analysis – asset owners should engage their investee companies and external asset managers on the latest research, asking them if they have made alternative forecasts. “They can present this set of assumptions as a starting point, and find out whether their managers and companies are acknowledging these risks, or if they have their own, different assumptions.”

Chatterjee said the PRI has had around 50 individual meetings with “large asset owners” that are already interested in the IPR’s findings. She expects interest to grow, and the IPR says it plans to release similar studies on other asset classes in the first quarter of 2020.

It comes as a record 631 institutional investors managing more than $37trn in assets have urged governments to step up ambition to tackle global climate crisis, calling for the phasing out of thermal coal power, a “meaningful” price on carbon and the end to subsidies for fossil fuels.