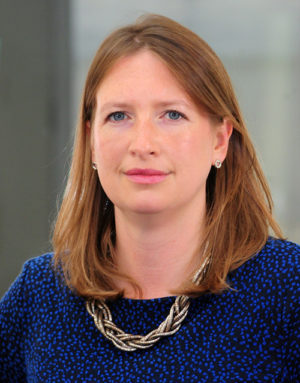 With humans driving a nature crisis on a scale not seen for 10 million years and the talks tasked with solving it delayed four times owing to the pandemic, a lot was resting on COP15 in Montreal.

As delegates disagreed on funding, investors watching the ‘last chance’ biodiversity conference were not brimming with optimism in the final days of discussions. Yet much can change in the last moments of policy talks, and in the early hours of Monday morning, tired negotiators finally agreed upon what has been described as a “once-in-a-decade” agreement to tackle biodiversity and nature loss.

The text, known as the Kunming-Montreal Global Biodiversity Framework, is made up of 23 ambitious, action-oriented targets and was signed by almost 200 world leaders. It is not legally binding but it gives a sense of shared global policy direction, just as the Paris Agreement did for climate in 2015, that will be welcomed by the responsible investment community.

Shifting biodiversity from margins to mainstream

The new framework is likely to accelerate the development of the type of sustainable finance infrastructure we have seen in relation to climate, including a potential taxonomy to define what nature positive investments look like, market-wide engagements such as Nature Action 100 and frameworks to standardise and improve biodiversity-related data – led by the work of the Taskforce on Nature-related Financial Disclosures (TNFD).

An emphasis on disclosure, particularly on Target 15 of the new framework, also sends a strong signal to actors of the economy to address difficulties in measuring biodiversity data and to up their game on managing and reporting on nature-related risks and dependencies across supply chains.

The new framework has far reaching implications for several sectors of the economy, from travel and farming to housing, and investors will be looking at what a transition might look like if we want nature – and our economy and society – to keep thriving.

Agriculture may be the first to feel this impact. Nature markets were recently valued at over $7 trillion, with more than half of this value coming from agricultural production alone. But as a sector that is also driving biodiversity loss, for example through deforestation, investors will be emboldened to look at innovations such as smart agriculture and cellular meat.

With government subsidies for agriculture at $540 billion a year, the new deal’s target to phase out or reform harmful ones by at least $500 billion a year by 2030 is notable.

Markets can take the lead

Some countries, such as the Netherlands, stood up and committed to finance targets, pledging to increase biodiversity-related development finance by 50 percent in 2025, and Canada contributing $350 million to support developing countries. However, given the US, the world’s largest economy and second largest polluter, did not take to the biodiversity world stage and sign up to the treaty – and a similar previous agreement, known as the ‘Aichi’ targets, was not met – government action is by no means guaranteed.

Financial markets will not rely on policy alone, but translating targets into policy will be necessary to support bold action to transform sectors at risk and invest in nature-positive solutions at scale. Just as clean technology is critical to accelerating the transition to net zero, market shifts to invest in innovations aimed at protecting and enhancing biodiversity, such as credible biodiversity offset markets or the circular flow of resources, will be critical to meeting the targets laid out in the framework.

We will not reach the goals of the framework without finance, and capital markets will play a crucial role.

A deal differs from action

It is clear that there is no silver bullet for tackling biodiversity loss. Cooperation among governments, markets and wider society is key, and the new Kunming-Montreal deal is a significant step demonstrating that this is possible and underscoring the need for disclosure and finance.

Even though talks eventually led to a milestone worth celebrating, our success in protecting nature – and the implications this has for addressing climate, supporting society and a sustainable economy – will depend on how targets are interpreted at national and business level. Just as much of the world is now pledged to meet net zero targets for the climate, we need to see policy shine through for biodiversity. The journey to conserve biodiversity has just begun.

Stephanie Maier is global head of sustainable and impact investment at GAM Investments. She is also on the steering committee of investor engagement initiative Climate Action 100+.