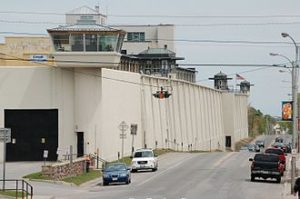 US private prison firm CoreCivic has had its credit rating downgraded, in what is believed to be the first corporate rating action tied to ESG issues, after a number of big banks withdrew from the controversial sector – a move the company calls “unproductive virtue signalling”.

Last month’s downgrade by Fitch Ratings was described by Stephen Boyd, Senior Director at the US ratings provider, as “unique”.

Fitch cited CoreCivic’s weakened access to capital as justification for the new rating, following the decision by eight banks – including US giants JP Morgan and Bank of America – to cease banking the sector in response to rising pressure from investors, civil society and politicians in the wake of revelations about the treatment of migrants in the US under the Trump administration.

Boyd told RI that the new rating isn’t a dramatic change but Fitch felt “with BB+ we effectively were saying this was on the cusp of investment grade and given what we were seeing that didn’t feel accurate anymore”.

He added that while the rating action will not have a direct impact on the cost of capital for the firm there are “clear indications ESG policies and sentiment are negatively impacting CoreCivic’s capital costs”.

Boyd gave the example of the company’s bond spreads in the secondary market which have “widened materially’, making “new bond issuance costly”.

The share prices of CoreCivic and its rival Geo Group, which also operates as a REIT, have also nearly halved since they peaked in early 2017, soon after President Trump took office and reversed the Obama era directive to phase out private prisons.

The impact of the banks’ decision on CoreCivic’s rating was exacerbated by its REIT status, according to Boyd.

REITs are required to pay 90% of their income to shareholders in dividends to benefit from the associated tax breaks. This arrangement, however, results in lower cash-flows, making REITs like CoreCivic potentially more reliant on capital from markets.

Additionally, due to the unusual underlying assets in private prison REITs it is harder for them to access capital via the established mortgage markets.

According to CBS News, six of the exiting banks — Wells Fargo, JP Morgan, Bank of America, SunTrust, Fifth Third and BNP Paribas — together represent 72% ($1.93bn) of the financing estimated to be available to CoreCivic and Geo Group.

Speaking on an earnings call earlier this week CoreCivic’s CEO and President, Damon Hininger expressed his anger at the banks’ decision. He said that they had “bowed down to a small group of activists protesting and conducting targeted social media campaigns pushing false information rather than engaging in constructive dialogue about the facts”.

On the call Hininger acknowledged that “the debt and equity cash flow markets have temporarily become more constrained”.Nadira Narine, Senior Program Director at the Interfaith Center on Corporate Responsibility (ICCR), told RI that it was at the height of the Trump administration’s family separation policies in 2017 that the faith body decided to “extend its engagement beyond the private prison sector and examine the role of banks in the financing of prisons and detention facilities”.

Banks were warned by the ICCR and its investor members “of the reputational risk companies run if they’re embedded in a business that is supported by this administration’s aggressive tactics around immigrants”, she said.

“I think that the family separation policy really brought that to light, none of these companies wanted to be aligned with that.”

Both CoreCivic and Geo Group have stressed that they are not involved in centres that house unaccompanied immigrant children or operate border patrol facilities.

Barclays is the latest bank to announce that it is cutting ties with the industry. US Bancorp is the other bank to have committed to quit financing private prisons.

CoreCivic’s Hininger, however, remained optimistic about the company’s prospect of gaining the financing it needs.

He said on the call that “the good news is that there are plenty of financial partners both new and existing that are interested in the facts rather than the political posturing and unproductive virtue signalling”.

But Fitch’s Boyd told RI that even if CoreCivic were able to replace the big banks with regional or international banks, the “intrinsic liquidity profile of the industry is now weaker”.

One regional bank, Atlanta-based SunTrust has already announced that it will no longer finance the sector – its involvement with private prisons is reported to have threatened its planned merger with BB&T Corp, following opposition from the US House of Representatives’ Financial Services Committee.

ICCR’s Narine said the intention is now to target other regional US banks that have yet to rule out financing the sector.

She added that she would be interested to see what Geo Group’s rating will be, which she argued should be the same as CoreCivic’s as these companies are “on a par”.

A shareholder resolution at Geo Group requesting a report on how it addresses respect for its inmates and detainees that was filed by faith investors had over 85% investor support at the company’s AGM in May.

“After years of engagement” the co-filers said, GEO Group had “made little progress to transparently address investor concerns”.

The Florida based firm acknowledged in a March SEC filing that its business might be hurt by “increased public resistance” to its operations.

Boyd said he wasn’t aware of any other actions against CoreCivic or Geo Group by other rating agencies. Fitch doesn’t rate Geo Group.

Moody’s confirmed to RI that it has not recently changed the ratings on either companies. S&P had not responded to RI at the time of writing.