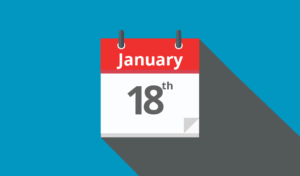 Addressing the “green premium” was one of the themes raised in the annual epistle to CEOs from BlackRock’s chief Larry Fink, who wrote today that “we need to be honest about the fact that green products often come at a higher cost today. Bringing down this green premium will be essential for an orderly and just transition”. The CEO and Chair of the world’s largest asset manager also said that there was nothing “woke” about stakeholder capitalism and announced plans for Center for Stakeholder Capitalism. He also called on governments to provide a “consistent taxonomy for sustainability policy, regulation, and disclosure across markets” and said that the investment behemoth would be “asking companies to set short-, medium-, and long-term targets for greenhouse gas reductions”.

The Science-Based Target Initiative (SBTi) and the Carbon Risk Real Estate Monitor initiative (CRREM) have joined forces to "jointly provide fully aligned 1.5C decarbonisation pathways for the real estate sector". The two organisations have agreed to fully align their existing methodologies for real estate, with the updated pathways set to be published in April. The partnership is backed by major investors including Norges Bank Investment Management, APG Asset Management, PGGM and the Laudes Foundation. The investors are all existing backers of CRREM, which was initially an EU-funded project to establish Paris-aligned operational carbon emissions targets for real estate investments.

Ravi Menon, Managing Director of the Monetary Authority of Singapore, has been appointed the new Chair of the Network for Greening the Financial System. Sabine Mauderer, a member of the executive board of the German Bundesbank, will serve as Vice-Chair for two years before taking over as Chair. The Governors of the central banks of Italy and Brazil have both joined the steering committee of the initiative, which coordinates the efforts of central banks and supervisors to support the development of climate risk management in the financial sector and mobilise finance for the transition.

Asset managers exercise on average 97% of their votes at AGMs and vote against management or abstain at just over a third, according to a new survey of managers by consultancy LCP. The survey, based on responses from 146 asset managers mainly based in the UK, also found that 70% of managers were using climate scenario analysis in their investment decision making, but fewer than a quarter of firms had mandatory responsible investment training for board members.