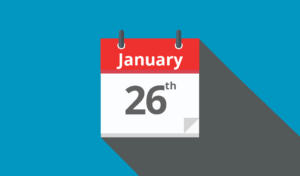 EU accounting body EFRAG – which is leading the development of new EU corporate disclosure rules – has appointed EU asset management sector trade group EFAMA and 12 other new member organisations to its sustainability reporting pillar.  This included Frank Bold, WWF, Finance Watch and Better Finance; bringing total membership to 30 organisations. The body made a call for new members  last year to “ensure a balanced representation of all relevant stakeholders” in its standard-setting activities and continues to seek new applicants.

Public comments on the US Department of Labor’s proposal to reverse Trump-era rules that increased barriers to workplace retirement schemes considering ESG factors when investing and voting their proxies have been overwhelmingly supportive, Ceres has found. The US non-profit's analysis found that 97% of commenters supported the regulator’s proposal, including investment giants BlackRock, State Street and Vanguard. “The strong support for the proposed rule by our members and other financial institutions and corporations demonstrates the broad understanding that ESG data are important considerations when making investment decisions in retirement plans,” said Lisa Woll, CEO of US SIF. “Respondents also supported the plan to remove barriers created in 2020 for utilising ESG consideration in default plans (Qualified Default Investment Alternatives).”

Dutch pension funds and insurers have improved their integration of climate risks since 2019 but are still performing relatively poorly, according to a new report from the Dutch Association of Investors for Sustainable Development (VBDO). The report assessed the climate risk policies of the 50 largest pension funds and insurers, giving them a rating out of 10 based on factors such as public reporting, engagement, and transition or physical risk reduction policies. Pension funds scored an average of 4.7, up from 3.4 in 2019, while insurers increased their score from 1.9 to 2.9. Only 12 of the institutions received a score of six or higher, with insurer Athora Netherlands, NN Group and civil service pension scheme ABP topping the list and Achmea, PFZW, PME and PMT also featuring in the top 10.

Only 1% of the “world’s 1,000 most influential companies” are adequately demonstrating socially responsible business conduct, according to the World Benchmarking Alliance’s Social Transformation Baseline Assessment. The investor-backed WBA assessed companies against 18 indicators measuring companies’ responsibility to respect human rights, their role in providing and promoting decent work, and their ethical conduct in areas such as lobbying and taxation. The companies with the best overall scores include Unilever, Nestle, Eni, EDF and Total.

ESG data house Arabesque has entered into a strategic partnership with major German real estate group ABG, which included the acquisition of a minority stake by ABG, in a move billed as “driv[ing] the sustainability agenda in the real estate sector”.