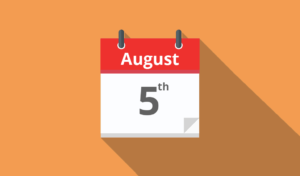 The EU's proposed Green Bond Standard is "unlikely to become a global ‘gold standard’ and trigger a meaningful transformation of the global green bond market", Fitch Ratings has argued in commentary released last week. This is because global issuers may be reluctant to adopt standards imposed by the EU, particularly alignment with the EU Taxonomy, Fitch concluded.

Twenty of Europe’s 25 largest banks have committed to reaching Net Zero emissions by 2050, but very few have taken concrete steps to achieve the target, says a report by ShareAction. Only Lloyds Banking Group, NatWest and Nordea have pledged to halve their financed emissions by 2030, which ShareAction says is a vital step to ensure the Net Zero 2050 goal is met. Meanwhile, eight banks have interim goals for the most carbon-intensive sectors while fewer than half of the banks analysed have committed to a phase-out of financing to thermal coal-related activities.

Nordea Asset Management has announced plans to open an ESG hub in Singapore, the group’s first outside its Nordic headquarters. Nordea said the hub will allow it to be closer to clients in Asia-Pacific and better understand how the region’s company is addressing sustainability. The hub will consist of a group of ESG analysts and is expected to be implemented later this year.

Saudi Arabia's Public Investment Fund and the Saudi Tadawul Group have announced plans to establish a voluntary carbon credit and offset market for the Middle East and North Africa Region.  According to reports in Arabian Business, Prince Mohammad bin Salman bin Abdulaziz Al Saud, who chairs the Public Investment Fund, said that Saudi Arabia was well-positioned to host the exchange due to its capital market strength and its ongoing climate initiatives.

A consultation by the German financial regulator on guidelines for sustainable investment funds closes today. BaFin opened the consultation at the start of August to mixed reaction. The consultation claimed that the new rules could help protect investors from greenwashing, but  Desiree Fixler, former Group Sustainability Officer at DWS, told RI that BaFin would be served better by improving the oversight and enforcement of securities fraud, while responsible investment association Forum Nachhaltige Geldanlagen said that national standards which introduce new initiatives placed an additional burden on market participants.