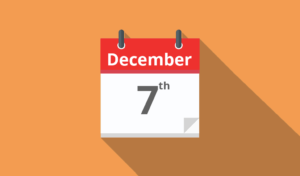 The International Federation of Accountants (IFAC) has called for sustainability disclosures to be audited. IFAC CEO Kevin Dancey said: “In order to be trusted, sustainability disclosure must be subject to high-quality, independent, external assurance.” He added “the time is right” for regulators and authorities to put sustainability assurance on the agenda, as already proposed in the EU’s planned Corporate Sustainability Reporting Directive, and urged IFAC’s 180 members and associates in 135 countries to promote the idea through discussions with policymakers, investors and other stakeholders.

Brazilian insurance regulator, the Superintendence of Private Insurance (SUSEP) has launched a 90-day public consultation to advance ESG regulation in the country’s insurance sector. It aims to establish ESG guidelines for supervised entities and align domestic regulations to the most advanced international standards.

Activist investor Elliott Advisors has published a letter to UK utility SSE saying the company has failed to put forward a plan for how to adequately fund renewables growth beyond 2026, which is said is “a critical priority for accelerating the UK’s transition to Net Zero. The investor, which acquired a stake in the company earlier this year, says that despite having attractive renewables and transmission & distribution assets “the company trades at a significant discount to its renewables peers”. To address this, the investor wants SSE to split its renewables division and electricity networks business into two separate companies.

More than half of real estate investors responding to a new survey do not have ESG incentives linked to staff bonuses. Meanwhile, the Evora Global’s ESG Market Leadership Survey also showed 83% of the 121 investors surveyed have or plan to train staff on relevant ESG regulations.