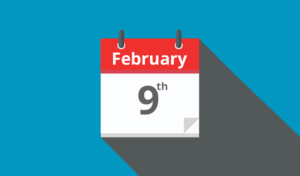 New York State Common Retirement Fund has today announced the divestment of 21 shale oil & gas firms it believes are on the wrong side of the energy transition. The new restriction, which includes companies such as Chesapeake Energy, Hess and Pioneer Natural Resources, represents $238m in divested public equity and debt securities. The divestment is part of the $279bn fund’s 2019 Climate Action Plan, which included the introduction of sectorial minimal standard. The anouncement is the latest wave of restrictions following similar assessments of its coal and tar sand holdings. “To protect the state pension fund, we are restricting investments in companies that we believe are unprepared to adapt to a low-carbon future,” said New York State Comptroller, Thomas P. DiNapoli, trustee of the Fund.

The London Pensions Fund Authority (LPFA) has completed the divestment of fossil fuel extractors from its equity portfolio, after its manager LPPI sold the £6.9bn fund’s final £5-10m holding in two unnamed companies from the LPPI Global Equities Fund. LPFA committed to net zero in September 2021, and decided to divest from thermal coal in 2019. Robert Branagh, its CEO, said that engagement remained the primary approach to driving change, but that LPFA would divest where necessary. The divestments will mitigate the financial risk posed by climate change, he continued.

Moody’s has partnered with China Re subsidiary Chaucer to develop an ESG scorecard. The new scorecard will incorporate 158 ESG metrics, and allow Chaucer to measure counterparty ESG performance as well as helping counterparties to understand ESG risk “from a stakeholder and an enterprise perspective”, Chaucer said.

Climate change could have a significant impact on the covenants of UK employers sponsoring defined benefit pension schemes, according to a new report from the Employer Covenant Practitioners Association. While climate change may have limited impact on some companies, it presents fundamental risks to the longevity and financial stability of others, which may limit their ability to support their defined benefit pension schemes.

Four fifths of investors have identified North America and Europe as their main opportunities for low-carbon investment in a survey carried out by Jefferies Equity Research, with 16% of the 60 investors that took part in the survey identifying Asia and the Pacific as the most promising location. The survey also found that climate overwhelmingly remained the main ESG stewardship focus, with three quarters of investors saying they were seeing increased detail from corporate net zero targets.