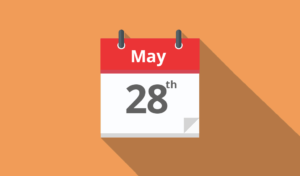 Qatar Stock Exchange (QSE) is likely to introduce mandatory ESG disclosure requirements – including sector-based KPIs – from January 2022, according to local reports. The plans were revealed yesterday by QSE’s Director and Head of Product and Marketing Development Mohsin Mujtaba, who also announced the launch of an upcoming ESG index later this year. “We want to be the investment destination of choice for ESG sensitive investments globally,” he said.

Six banks including ING, Citi and Goldman Sachs have formed a working group to push climate action in the steel industry. The working group, led by ING, will work to draft a climate-aligned finance agreement modelled after the Poseidon principles – a similar agreement for the shipping industry – including scope, emissions reduction pathways, methodologies and governance structure. The announcement comes as think-tank Carbon Tracker launches its sister company, Industry Tracker, to focus on the decarbonisation of the steel sector, as well as other hard-to-abate industries.

PwC has become the first public supporter of the Global Reporting Initiative’s (GRI) global standards fund. Founded in June 2020, the fund aims to support the development of the GRI’s standards as well as its sector-specific standards programme. It is targeting an annual income of €8m by 2023.

BMO GAM and due diligence provider Lestrade have teamed up to develop a due diligence service for external managers’ ESG integration. The service is underpinned by guidelines from the PRI and Dutch IMVB and VBDO organisations.

The European Banking Authority (EBA) has published a staff paper outlining how a “transition capacity testing system” based on the EU taxonomy would be a “useful tool” for banks and their supervisors to assess climate risks in loan books. The tool could be used to assess the alignment of corporate clients’ business activities with the taxonomy, as well as the potential for alignment over the coming decade based on considerations such as the credibility of transition plans. Such a test, the EBA believes, would serve as a “bridge, or baseline,” between “initial static balance sheet categorisation according to the Taxonomy” and "multi‐scenario longer‐term sensitivity analysis”.

The EBA also released the findings of a pilot climate risk study last week. The exercise, involving 29 volunteer banks, found that on average that banks’ ‘green asset ratio’ – the proportion of green financing activities – is just 7.9%. Earlier this year, the EBA put forward the ‘green asset ratio’ as its preferred key performance indicator (KPI) to measure banks’ alignment with the EU's taxonomy.

The EIRIS Conflict Risk Network has published a list of more than 125 companies operating in Myanmar that have publicly listed shares or bonds, urging asset owners and retail investors to to engage with their asset managers over potentially supporting human rights abuses in the country. The list includes large companies such as H&M, Apple and Colgate Palmolive which provide retail products, as well as arms, timber and oil and gas companies.