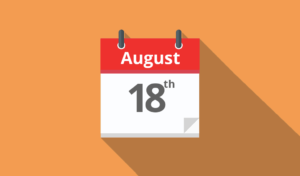 Dutch asset manager Robeco has backed plans to create a binding UN Treaty on Plastics, saying it has the potential to be as influential as other UN initiatives such as the Principles of Responsible Investment. The proposed treaty would support a circular economy which keeps plastics in circulation and prevents waste from leaking into the environment. The proposals have received support from WWF, the Ellen McArthur Foundation and 30 major companies, and will be discussed by UN member states in September.

Commissioner Elad Roisman from the US Securities and Exchange Commission has said that climate disclosure rules should focus on sector-specific information, rather than imposing “blanket requirements” for all companies. The SEC is currently developing regulations on climate disclosure and opened a consultation on the topic earlier this year. Roisman, one of the two Republicans leading the SEC, is due to vote on the proposals when it is tabled at the SEC later this year.

KB Financial Group is the first South Korean bank to sign on to the Partnership for Carbon Accounting Financials – a banking initiative developing methods to assess the climate impact of lending books and investments. KB is among the four largest banks in the country by assets. More than 130 institutions from over 40 countries are now members of the partnership.

The Australasian Centre for Corporate Responsibility (ACCR) has filed two climate resolutions at Australian utility Origin Energy. The first calls for a review of Origin’s membership of industry associations to ensure that lobbying activities are in line with the Paris Agreement, while the second requests the company to align capital expenditure with a 1.5°C pathway. ACCR described previous lobbying reviews as “fundamentally flawed” due to their limited scope.