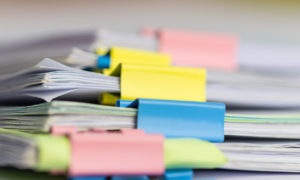 Danish public pension fund LD Pensions has announced that all its new actively-managed mandates will require asset managers to push investee companies to reduce their negative impacts and align with “planetary boundaries”.

The Nordic asset manager replaced Impax Asset Management, the London-based sustainability specialist, which had run LD Pensions’ impact segment since it was established in 2011.

Both announcements are a result of LD Pensions’ recent collaboration with London-based charity, Future-Fit Foundation.

"Every business must begin to eliminate its own negative impact by avoiding actions that undermine well-being and degrade the environment, that's sort of what we want every company to do. That's our philosophy for everything we own" — Kristoffer Fabricius Birch, LD Pensions

Its Head of Equities, Kristoffer Fabricius Birch told RI he first came across Future-Fit a few years ago, at a workshop when the fund was exploring ways it could “transition” towards being more sustainable.

The UK charity’s core methodology, the Business Benchmark, aims to steer companies into alignment with planetary boundaries by reducing their negative impacts across 23 ‘break-even goals’, covering a range of environmental and social topics.

Future-Fit’s focus on reducing negative impacts by engaging with companies appealed to LD Pensions, Birch said, explaining that its members come from across the entire working population of Denmark, which includes oil- and tobacco-sector workers, making traditional exclusions inappropriate.

“Every business must begin to eliminate its own negative impact by avoiding actions that undermine wellbeing and degrade the environment. That's what we want every company to do; it's our philosophy for everything we own”, Birch told RI.

Yesterday, the fund published its first Future-Fit Pioneer Progress Report, a self-assessment of where the fund’s biggest negative impacts are likely to be and how it can address them.

LD Pensions states in the report that the “biggest challenge facing our business is ensuring that companies in our portfolio cause no harm and contribute positively to society”.

But it cites a “lack of transparency and relevant data” on companies as hindrance to addressing exposure to such harms.

Birch told RI that in the coming years it will work with external managers, who manage all the fund’s assets, to help close these disclosure gaps and help it address the negative impacts LD Pensions is exposed to.

The report also revealed that “going forward” all the fund’s “new actively-managed mandates” will require managers to “engage companies to reduce their own negative impact down to targets aligned with planetary boundaries”.

Beyond mapping and addressing the fund’s negative impacts, Birch told RI it believes there is “value in investing in good companies, those that provide some kind of solution to the world's problems”.

This is where Future Fit’s Positive Pursuits framework comes in.

Birch said that when the contract for its impact segment came up for retendering in the summer, the decision was taken to alter its scope to reflect the work it had done with the UK foundation.

The mandate, which is a listed-equities strategy, broadened from purely environmental to social, too.

The Pursuit Pursuits mandate, which was awarded to Nordea this month, has a “very narrow investment universe”, Birch told RI. Nordea’s existing strategy, which saw off 16 rival bids, includes about 1,000 companies, but this will be cut down for LD Pensions.

Such a concentrated investment universe could be expected to reduce returns, but Birch hopes that the companies’ “higher growth potential” will compensate for this.