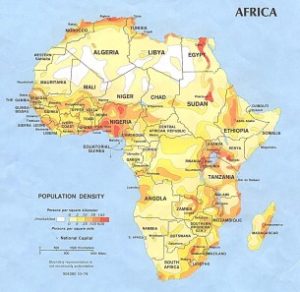 PensionDanmark, PKA, Lægernes Pension and AP Moller have seeded the fund — Africa Infrastructure Fund I — with a combined $550m. It will focus on investments in infrastructure, especially transportation and energy, they said in a statement.

The fund will be open for Danish as well as international investors for the next year. It has a targeted lifetime of 10 years and has an initial target of 10 to 15 investments in total. The ambition is to raise $1bn in commitments.

It will be managed by a new company called A.P. Moller Capital which has been set up to manage stand-alone funds to invest in infrastructure in emerging markets.

PensionDanmark CEO Torben Möger Pedersen called it a “unique opportunity” and said AP Moller has a strong network and “a promising pipeline” of potential investments.He continued: “The fund is a good example of how we as investors can combine attractive investments for our members and at the same time contribute to the fulfilment of the UN Sustainable Development Goals by mobilizing private capital on a large scale”. PensionDanmark is already invested in Africa in farmland, sustainable farming projects and the Lake Turkana Wind project in Kenya.

Peter Damgaard Jensen, CEO at PKA commented: “PKA has for many years invested in infrastructure both in Denmark and abroad. We have positive experiences investing in Africa and we have for a long time wanted to invest more on the continent. With this new fund we will be making infrastructure investments in Africa and get the opportunity to provide a good return to the pension savers and at the same time make a positive difference in line with the UN Sustainable Development Goals.”

Lægernes’ CEO Chresten Dengsøe said the funds was “delighted to invest in the development of sustainable infrastructure in Africa together with similar-minded Danish pension funds”.