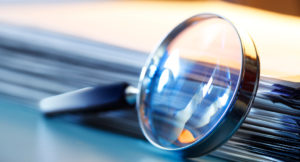 Three Danish pension funds have been accused of “misleading customers” by the country’s consumer watchdog, after it was revealed that their sustainability offerings have investments in fossil fuel lenders Citigroup and Bank of America.

Denmark’s largest pension fund, PFA, has DKK260m (€35m) in the banks through its DKK6.8bn Klima Plus fund, while fellow fund Velliv has a DKK18m investment. Danica Pensions’ ‘Sustainable Choice’ fund has a DKK6m investment in Bank of America, according to the research.

It is unclear whether the Council has plans to escalate its concerns about the pension funds. Earlier this year, a German consumer watchdog mounted a legal challenge against DekaBank, alleging an ‘impact calculator’ it used to market a retail investment fund overstated its environmental outcomes. The bank said that the accusations were “ungrounded”, but removed the calculator.

“We follow and track their development closely and expect that they can become significant providers in driving the green transition in the wake of the new, green political ambitions and initiatives in the United States under President Biden. If the US is to decarbonise, it is central that the big banks are also involved”, he continued.

Danica also pointed to BofA’s commitment to fund billions of dollars in sustainable projects, and said that as one of the world’s largest financial institutions, it will play “a crucial role in the green transition”.

Earlier this year, Bank of America increased its commitment to the climate transition by announcing “a goal of deploying and mobilising $1trn by 2030 in its Environmental Business Initiative in order to accelerate the transition to a low-carbon, sustainable economy”.

Citi also made a $1trn sustainable finance commitment by the end of the decade, including a $500bn environmental finance goal.

However, both pledges include the banks’ work in simply ‘facilitating’ other companies’ green efforts, and neither commit them to restricting fossil fuel-based lending or underwriting.

According to research from Bloomberg last month, Citi has made $858.9m in energy sector fees since the Paris Agreement was signed, compared with $234.8m from green projects. For Bank of America, the figure is $689.2m compared with $233m.

Just last week, Citigroup faced criticism for acting as joint lead manager on a bond for Port of Newcastle, the largest coal expert terminal in the world. Citi joined ICBC and National Australia Bank (NAB) on the $300m deal, which priced with a yield of 6% – significantly higher than most other similar BBB- rated bonds. Non-profit the Anthropocene Fixed Income Institute said the pricing “implies a very substantial increase in the cost of capital for coal issuers for longer-dated capital”.

Citi said the port had partnered with Macquarie and Australia’s Renewable Energy Agency to support the development of the local hydrogen economy. “Citi is pleased to be working with the Port of Newcastle in its transition to support clean, low carbon industries in Newcastle and the broader region”, a spokesperson said. “The funds raised in the capital markets will be the first step to prepare the owners of this asset to restructure its finances to support this transition”.

The Partnership for Carbon Accounting Financials (PCAF) revealed earlier this month that it is working with banks to develop a way to calculate the emissions associated with their underwriting and arranging work. This could provide an equivalent to the high-profile ‘green’ pledges that are enabling financial institutions to qualify for inclusion in sustainable investment strategies, and allow shareholders and others to compare business streams more easily.

Thomas Kjærgaard, Velliv’s Head of ESG, said its fund, which it defines as an ‘Article 8’ fund under the EU’s ‘SFDR’ anti-greenwashing regulation, has a broad approach to climate change rather than focusing on explicitly ‘green’ companies.

“We do recognise that it looks problematic that the banks have increased their lending to fossil fuel companies”, he said, referring to recent research by NGO Price of Oil that suggests both banks have upped their financing to the sector since 2016. “We do not agree that the companies work against the Paris Agreement, as they are committed to the green transition, but we acknowledge and share some concern that they have increased their exposure”.

Faith Ward, Chief Responsible Investment Officer at UK pension investor Brunel, told RI that it would continue to prioritise its engagement with banks on climate alignment.

“Post COP26, it’s clear that alignment by banks is absolutely vital – they need to be leading not following,” she said. “There have been recent accusations banks have been working to water down targets, it’s up to them to double down efforts and evidence that isn’t the case; to turn ambition into action.”

The Bureau of Investigative Journalism published a report this month claiming that HSBC had lobbied to scale back the commitments made by banks joining the Net Zero Banking Alliance. HSBC denies this, saying the email seen by the Bureau – sent from the office of HSBC’s CEO – represented the views of the Financial Services Taskforce, of which it is a member, and not its own position.

The Institutional Investor Group on Climate Change is coordinating the creation of an ‘assessment benchmark’ that will help investors assess banks’ progress towards Net Zero.

In other news, the European Central Bank (ECB) published an assessment today concluding that no bank meets its expectations on climate and environmental risk.

Around half the 112 supervised banks analysed said they expected climate risk to have a material impact on their risk profile in the next three to five years. The ECB said that those that said they did not think they were exposed to climate risk “had significant shortcomings in their assessment”.

In November 2020, the ECB published a list of expectations for banks with a view to addressing climate risk, and called for greater transparency on climate risk exposure. None of the €24trn-worth of institutions are close to aligning their practices with the expectations, the ECB found, with fewer than half having integrated climate risk into their credit risk sector lending policies, and just 11% using scenario analysis to inform their strategy.

The ECB also found that most institutions have a “blind spot” for physical risk, biodiversity loss and pollution.

Performance on disclosures has also not improved, with only 6% of banks having integrated climate risk information into their disclosure policies and just one disclosing the underlying considerations which it uses to judge materiality of climate risk in its decision making.

The ECB said it expected institutions to take “decisive actions” in response to its feedback, with some institutions possibly subject to a qualitative requirement as part of the ECB’s 2021 supervisory review and evaluation process.