Responsible Investor
Home Asset classes Debunking the myth that impact investing is all about “good people but...
Return to search
Social 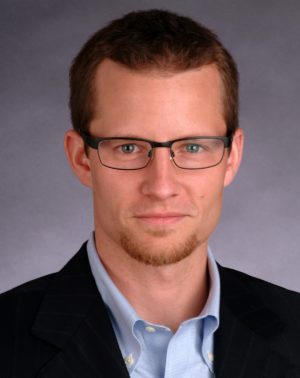 Since 2007 when the term “Impact Investing” was coined, the concept has risen in visibility and – fueled by the coming of age of the Millennial Generation, the retirement of the Baby Boomers, and rising awareness of global social and environmental challenges — has experienced an increase in interest, capital and innovation aimed at achieving both financial returns and social impact.

In response to the demand for more socially responsible investment opportunities, the market has offered up an alphabet soup of impact products, services and offerings (ESG, CSR, SRI, DBL, TBL, etc.), each meaning something different depending on the user. But lacking a shared lexicon, and often the systemic thinking that is necessary to marry growth and profits with impact, many of these offerings leave investors frustrated.

Further, many investors, particularly in the institutional space, still believe that a focus on impact necessitates the sacrificing of financial returns. U2 front man Bono described this sentiment recently when he quipped to Aaron Ross Sorkin, of the New York Times, that impact investing is simply, “a lot of bad deals done by good people.”
While this headline from a pop star may have served its purpose, it ignores the tremendous success and progress achieved by thoughtful private investment fund managers across the impact landscape over the past decades, and does a disservice to the industry. In fact, evidence suggests just the opposite: Cambridge Associates and the Global Impact Investing Network (GIIN) – through their joint Impact Investing Benchmark –tracked the financial performance of over 50 impact funds and found that “in aggregate, impact investment funds launched between 1998 and 2004—those that are largely realized— outperformed funds in a comparative universe of conventional peers.” Regardless, the reality is that just as with any other investment approach, there is a spectrum of performance driven by the quality of the manager and the macro-dynamics of the marketplace, among other things, and to label all “impact” as poor performing financially is simply misinformed.

In truth, all investing is actually impact investing, whether the investor chooses to be aware of it or not. Each investment — or the company in which each investment is made — has an impact that is achieved through its products and services, through its employees, through its supply chain and through the communities in which it operates. The question is whether or not we choose to be aware of and responsible for those systemic impacts or whether we ignore them in the interest of shareholder profits in a vacuum.

It is this systemic thinking that is the key to moving beyond good intentions to unlock the potential of the capital markets for social good.In The Necessary Revolution, Peter Senge and colleagues succinctly summarize this dynamic from the perspective of systems thinking:
“We have gotten into our predicament today because of a way of thinking that focuses on parts and neglects the whole. We have become masterful at focusing on immediate goals–such as short-term profits–and neglecting the larger systems of which quarterly profits are but one small part…. In a world of constrained natural capital, social capital and human capital, optimizing only return on financial capital imprisons business in the shadow of a distant past.”
Capitalism has contributed to enormous social progress over the past century. Poverty rates worldwide have declined from 40% in 1981 to 10% in 2013. Life expectancy reached 71.5 years in 2014, an increase of almost 20 years from 1960. Infant mortality has declined 58% since 1970; and child mortality has declined 62% over the same period. Adult literacy has climbed over 85% globally, up from below 20% at the turn of the century. These are huge accomplishments in the face of ever increasing populations. Without the innovation and the flywheel of growth that capitalism and the profit-motive help catalyze, it is hard to imagine we could have achieved them. Yet a system that fundamentally churns the real assets of human and natural capital into symbolic financial assets without regard for the resulting impacts on the entirely connected and co-dependent elements of the system will eventually collapse.

Capitalism must be a part of the solution if we are to fix the significant and intractable social and environmental challenges we face today. For that to occur, we must invest in and build scalable and purpose-driven businesses that improve the world instead of simply extracting wealth over the short term.

There are substantial benefits — or returns — both financial and social in this approach. Purpose driven companies enjoy tremendous competitive advantages, from the acquisition and retention of great talent to the productivity and engagement of employees, greater brand equity, increased customer loyalty and lower cost of customer acquisition to name a few. Purpose cultivates passion, commitment and shared values that are increasingly important to today’s consumers. And similarly, gathering information on environmental, social and governance risk factors as investors mean fundamentally better diligence and risk mitigation.

In their notable 2011 article, Michael Porter and Mark Kramer coined the term “Shared Value” as the expansion of “the total pool of economic and social value” available to both corporations and surrounding communities.
They posited that companies who practice a shared value approach investigate untapped revenue sources within their immediate environment, finding ways to maximize profitability by—not in addition to—improving human lives and promoting environmental welfare.
Building on the foundation of this seminal work, they are now working to realize the potential of a shift in management thinking in support of the idea that Shared Value is not external to profitable business practices but integral to them, through their Shared Value Initiative.
The Initiative includes companies like Cemex, a Mexican cement and building supply company that has pioneered a model to provide low-income families with access to financing and materials for housing improvements, while providing employment for local workers through their sales and distribution channels. As a result, one million low-income individuals have been provided affordable home improvement options and 350,000 more have been able to build their own homes. These efforts have created new jobs for local workers, 95% of whom are women and half of whom had no prior work experience.Corporate behemoths, like Nike, Coca Cola, Unilever, IBM, Levi Strauss, CVS, P&G, Google, Facebook and DuPont are also getting on board. Each has recently rewritten core policies to account for social / environmental responsibility, invested in partnerships with non-profits, and shifted corporate strategy—not merely out of a concern for health or the environment, but because it’s smart business.
A full decade after the creation of the term “impact investing” — and recognizing the many well-intentioned and often successful investments for impact that occurred in the years preceding it – the field has evolved beyond the point where we can settle for “bad deals done by good people.” With all due respect to Bono, if we expand our thinking to embrace the systemic changes that can create shared value across corporate ecosystems, we can not only achieve excellent financial returns, but we can fully optimize the use of financial capital to serve the needs of humanity in the next century; and in doing so, help address the intractable social and environmental challenges facing the world today.

Tripp Baird is Managing Partner at the Builders Fund.