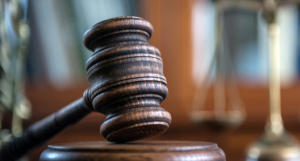 German banking heavyweight DekaBank is being sued for allegedly misleading retail investors over the social and environmental impacts of one of its funds.

Baden-Württemberg Consumer Centre, a consumer protection agency located in the German state of Baden-Württemberg, has brought the case in relation to the Deka-Sustainability Impact Fund, claiming the ‘impact calculator’ it offers to potential retail investors is misleading.

The calculator appears on the information page for the fund, and potential investors can enter an investment sum to find out the potential environmental and social impact of their investments.

According to the calculator, a €10,000 investment in the fund could lead to a CO2 reduction of 575kg, which it claims is equivalent to driving 3,597km in a diesel car.

While the website says that the effects are achieved “indirectly by investing in listed companies that match the investment objective of the fund”, the Consumer Centre claims that this could mislead potential investors.

"Only in the small print is there a note that the promised figures for the positive ecological impact are only based on an estimate, and that not all companies in the fund were taken into account," said Niels Nauhauser, Head of the Baden-Württemberg Consumer Centre, in a statement announcing the lawsuit.

“There is no evidence whatsoever for the promised effects.”

The Centre said that it had “warned” DekaBank, but it had refused to remove the page. It has now taken the case to the Frankfurt district court.

DekaBank said in a statement on Twitter that the accusations were “ungrounded” and that it would fight against them. It further said that it provided its methodology for the claims, and that the data for them was provided by “service providers who can call on decades of experience with ESG and climate data”.

The case against DekaBank is the latest in a growing number of ‘greenwashing’ accusations in the investment and business world.

A 2020 study by think tank 2 Degrees Investing Initiative found that 99% of environmental impact claims made by a selection of funds were not aligned with regulatory guidance.

In June 2019, Nordea also came under fire for its sustainability claims, when it said that some of its retail funds offered customers 27 times more carbon savings than if they cut down on meat and water consumption, reduced international flights and used public transport.

The claims were criticised by a number of experts, including former Chief Economist at Nordea, Steinar Juel, who said that the situation was “embarrassing”. Nordea has since removed the claims from its website.