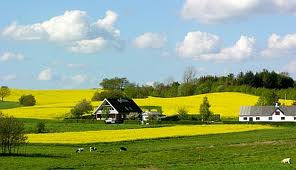 AP Pension, the Danish commercial pension provider with DKK77bn (€10.3bn) in assets, has set aside DKK600m (€80m) for a novel scheme aimed at helping Danish farmers afford the big-ticket items of a farm, namely the land, the barns and stables.

It comes as bank lending to the sector has fallen due to planned capital adequacy rules for banks under the Basel III regime.

The scheme works like this: AP Pension acquires the land and the buildings of a farm and then leases them to a farmer for 10 years. The rental fees go to AP Pension, and the farmer has the option of purchasing the land on favourable terms after their arrangement expires.

According to Torben Andersen of Danish Farm Management, which is handling AP Pension’s farmland investments, the benefit of the arrangement is that Danish farmers need very little capital to get their farms started.

“The situation for Danish farmers is difficult right now, as many of them are heavily in debt. At the same time, Danish banks are reducing their lending to the agricultural sector because of Basel III’s stricter capitalrequirements,“ said Andersen. Danish farmers, he said, needed equity of 20% to even be considered for a loan from a Danish bank. “This is cash that many Danish farmers simply don’t have on hand.”

As the year began, AP Pension made its first investment in Danish farmland, providing DKK33m of the DKK37m needed to acquire a farm on the island of Zealand. The other DKK4m came from the farmer, who will now rent the land for ten years.

The pension fund aims to do another 10 such deals this year and says it expects an “attractive return” from the investments. Asked how much Danish farmland was available to investors, Andersen said there were so many opportunities that he expected AP Pension to double its allocation.

Following its 2012 merger with FSP, a pension scheme for Denmark’s financial sector, AP Pension’s assets grew to DKK77bn. At the end of 2012, it already had 11.2% of that money invested in property. Government bonds, at 68.1% of assets, were by far the biggest allocation. Foreign and domestic equities accounted for another 6.7% of assets and corporate bonds 7.8%.