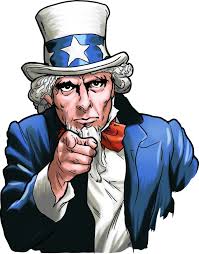 There have been developments in support for gender diversity proposals recently as well as greater corporate disclosure of political spending. And there’s also been some interesting work on pay ratios.

Gender diversity
A recent Equilar blog noted a continued rise in support for gender diversity proposals at companies in the Russell 3000. While the number of proposals peaked in 2017 at 24, both 2016 and 2018 saw 11 such proposals, with two receiving majority support in 2018, Hudson Pacific Properties and Fleetcor Technologies. Shareholder proposals dealing with gender and diversity have several distinct strands: some request companies to disclose measures taken to create greater diversity on the board or in the workplace, others call on companies to prepare a report with a breakdown of its workforce by race and gender, still others ask for information regarding the policies and goals of the company to reduce and address the gender pay gap. The two proposals that received majority support this year, according to Equilar, requested that the firm release a report regarding the steps it “is taking to foster greater diversity on the Board”. The median level of support for these proposals in 2018 was only 16.6%, so the two that gained majority support are stand-outs.
Elsewhere, research from ISS shows that companies with more gender diverse boards – defined as those with three or more women directors – have better ESG scores. Board gender diversity scores were excluded from the analysis to avoid skewing results. Writing for the Harvard governance forum, the research shows that: “A comparison across the grade spectrum shows that companies with diverse boards constituted the majority of firms with higher scores, while companies with less diverse boards constituted the majority of firms with lower scores.” Using ISS-oekom general ESG scores as well as individual environmental and social scores confirms the higher performance of companies with gender diverse boards. “On environmental matters,” says the research, “companies with diverse boards were two to three times more likely to receive a higher score than non-diverse boards. On social matters, gender-diverse boards lead the way being the only ones to receive “B” scores, in addition to the bulk of the other high marks.” ISS also tested scores over time, one-, three- and five- years, and showed that: “the longer that the company had a diverse board, the more likely the company’s sustainability practices tended to improve over time.”

Disclosure of political spending slowly improving
The latest edition of the CPA-Zicklin Index on corporate political disclosure indicates that “public corporations embracing disclosure and accountability of their political spending are holding fast despite countervailing pressures from Washington”. Indeed, more companies are either improving or initiating disclosures.
Almost 60 companies in the S&P 500 received the highest scores for political disclosure and accountability, of 90% or more, up from 50 in 2017 and more than twice the number of companies in 2015. Three companies, Becton, Dickinson, Edwards Lifesciences and HP, received scores of 100 percent, up from one in 2017. There has also been a more general improvement in disclosure and accountability policies and practices, with almost 200 of the S&P 500 with scores in the first and second tiers (100-60%), compared to 174 in 2015. The index’s sample size contains a total of only 414 because of turnover in the S&P 500. The average score for these 414 companies has continued to edge up, from 41.6 in 2015 to 49.7 in 2018.

“The number of companies fully disclosing their election-related spending or prohibiting it increased for all five categories of this spending since last year,” said the press release accompanying the latest edition, released Tuesday, “and since 2015.”Further, the number of companies “with a detailed policy governing electoral-related expenditures from corporate funds increased to 267 this year from 261 in 2017 and 225 in 2015”.
There are 10 companies that prohibit or abstain from all political spending, up from eight in 2017. These include Goldman Sachs, Ralph Lauren, Accenture and IBM, though, as Bruce Freed of CPA [Center for Political Accountability] told RI, “at IBM spending is built into the compensation of the top brass”. The impact of shareholder engagement on the issue has also been significant, with many companies instituting disclosures as a result of an agreement or a shareholder resolution. “We’ve seen a strong correlation between shareholder engagement and higher company scores for political disclosure and accountability,” Freed added. “We will work with partner organizations to engage more companies to endorse sunlight in the year ahead.” On the other hand, PulteGroup, Kroger, Boston Scientific, CSX, Delta Air Lines and FMC had reached disclosure agreements in the past but have failed to take any action on such agreement or make any disclosures.
Some 62 companies from the S&P 500 have scores of zero, such as Netflix, NASDQ, MSCI, Chubb and Berkshire Hathaway. “Buffett should be embarrassed,” commented Freed, “even though votes for shareholder resolutions calling for more disclosure at the company have been low.”

CEO/worker pay ratio perspectives
Pay ratios are more influenced by median employee pay than CEO pay. With the 2018 proxy season almost done, Pearl Meyer and the National Association of Corporate Directors has published The CEO Pay Ratio: Data and Perspectives from the 2018 Proxy Season, and this is one of its key takeaways. Other takeaways include: at 144:1, ratios were not as high as was expected, ratios were correlated with industry, with consumer discretionary at the top, 384:1, and utilities at the bottom, 59:1. Large overseas or part-time workforces had significant impacts on the ratio, and, unsurprisingly, there was no relationship between a firm’s total shareholder return and its CEO pay ratio.
In addition, the range between the highest and lowest deciles of the ratio is not as wide as might be expected. The lowest decile is 14.1, while the highest, the 90th percentile, is 302.8. The maximum and minimum range is significantly wider, of course, from around 5900:1 down to zero, where the CEO did not receive any income.
The survey takes the media to task because of its fondness for making peer to peer comparisons – something the SEC warned against – because of companies using different methodologies, exceptions and assumptions in calculations, as well as demographic differences.
The survey also looked at how the ratio was received within the company and congratulated many companies on the “strategic placement of the narrative outside of the CD&A [compensation discussion and analysis]”. It did not appear to be a common topic of either enquiry or conversation, and the survey advises companies to keep CEO pay ratio narratives “short, sweet and buried”.
But the survey also looked closely at those narratives, specifically to see whether alternative pay ratios were presented. Companies choosing to disclose a supplemental figure, disclosed a figure that was significantly lower than the ‘official’ figure. Such a decision was most often taken to exclude a large one-time or sign-on grant of equity to the CEO. Only a few companies disclosed a supplemental ratio that was higher than the ‘official’ one, and the survey hypothesised that this was because it wanted to avoid having to disclose a “drastically increased ratio in 2019”. It predicts that supplemental ratios will become more common in the future because year-on-year comparisons may show changes that companies are unwilling to have exposed.