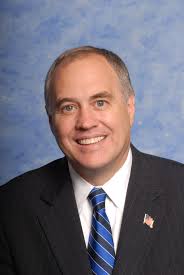 It comes as a leading energy economist has warned that the business models of major international oil companies are outdated and that they risk “rapid collapse”.

Proxy advisors ISS and Glass Lewis have added their names to the growing list of institutions calling for Exxon Mobil to improve its climate change risk disclosures ahead of the oil giant’s AGM on 25 May.

Glass Lewis called for its institutional investor clients to vote in support of item 12 on Exxon’s proxy statement, co-filed by the UK’s Church Commissioners and New York Common, at the end of last week. The resolution urges Exxon to publish an annual assessment of the long-term portfolio impacts of public climate change policies.

DiNapoli said he and other investors were “pleased” to have Glass Lewis’ recommendation.

He added: “Investors have a right to know how ExxonMobil plans to adjust to a lower carbon economy with reduced demand for its products. Companies that fail to address climate change, and the global effort to mitigate it, put themselves and their investors at risk.”

ISS has also issued the same advice to its own investor clients, matching Glass Lewis’ recommendation to support the climate change proposal. The proxy advisors also agreed on backing proposals to appoint an independent board chairman, find a director nominee with “environmental experience” and to implement a proxy access policy.

Both advisors also rejected item 10 on the Exxon ballot, filed by SRI firm Arjuna Capital, which calls for the energy giant increase its capital distributions to shareholders in the form of share buybacks and increased dividends.The resolution suggests that many of Exxon’s fossil fuel assets may prove “economically stranded and unburnable” and that Exxon should prioritise selling these assets to return cash to shareholders.

Meanwhile, A paper published this week by Paul Stevens, a distinguished fellow at Chatham House, the Royal Institute of International Affairs, suggests oil majors face “rapid collapse” by attempting to continue within the status quo.

Stevens writes in International Oil Companies: The Death of the Old Business Model that even without the recent fall in oil prices and a growing climate change lobby, there are fundamental problems – including such companies losing their technical and managerial edge, a reliance on a capital asset pricing model that undervalues risk and a tendency for firms to not think independently – that mean a traditional business model is no longer viable.

Stevens, recipient of the OPEC Award in 2009, also advises that the only realistic option for oil majors is to restructure and realize many of their stranded assets to provide shareholders with cash, inevitably meaning “they must shrink into the remaining areas of operation, functionally and geographically, where they can earn an acceptable return”.

Meanwhile Bill McNabb, chief executive at US fund giant Vanguard, has criticised the fossil fuel divestment movement, saying that its supporters are giving up an opportunity to positively influence oil companies.

He added that even if campaigners are successful in driving down share prices, oil firms would likely turn to private money, creating a “private and opaque” industry that makes money for a small group of individuals.