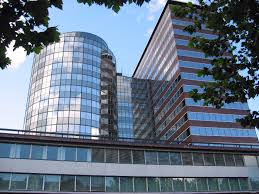 The request to review the divestment came from a pro-Israel group called the Christians for Israel Foundation in a letter to the DNB.

“We thank the group for their letter and will be responding to it, but there will be no investigation into the divestment,” a spokesman for the DNB said. “Our regulation of pension funds is based on what is prudent, for example with respect to risks. We otherwise do not involve ourselves in the investment decisions of pension funds.”

Citing a violation of international law caused by their financing of West Bank settlements, PGGM last January sold off Bank Hapoalim, Bank Leumi, Bank Mizrahi-Tefahot, the First International Bank of Israel and Israel Discount Bank. Although the settlements are considered illegal under the Geneva Convention, the Israeli government dismisses this view.

The move infuriated the Israeli government and sparked protests from pro-Israel groups in the Netherlands. PGGM runs assets for the €140bn PFZW health care fund.
In its letter to the DNB, the Christians for Israel Foundation said: “We would like to be informed aboutthe number of complaints that PGGM/PFZW received from beneficiaries, as we can imagine that it is exponentially more than the hundreds of copies we received.” The foundation further asks the central bank to look into the amount of time and money spent on the divestment process and report back to it.

The foundation also criticised PGGM and PFZW for using a double standard. “The pension fund chooses to point its arrows at Israeli companies, but not at companies from neighbouring countries where even the most elementary women’s rights are violated or where every form of religious freedom is oppressed,” the letter said.

In an interview for an upcoming RI Insight on the Netherlands, PFZW Chief Executive Peter Borgdorff dismissed talk of an Israeli boycott by the fund. “On the contrary, we’re still invested in Israel! It’s the continued expansion of the settlements that we are concerned with,” Borgdorff told Responsible Investor. He added: “Our opinion on this matter is irrelevant. What matters is international law, which says the settlements are illegal.”

The DNB spokesman also noted that if beneficiaries of a pension fund were unhappy with a particular investment decision, they were free to take it up with that scheme’s board. The Christians for Israel contend that it did this, but after hearing that PGGM/PFZW stuck to its decision to divest decided to contact the regulator.