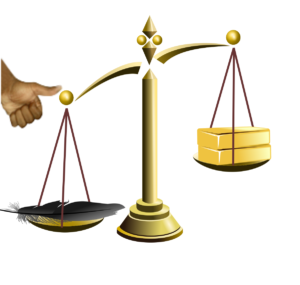 New research from the Stanford Rock School of Corporate Governance asks several very important questions about proxy advisors’ recommendations: how much do their recommendations influence long-term value growth, can we get more transparency in the development of their policies, can we have back-testing of recommendations by a third party, and should these firms be held to a fiduciary standard to ensure their recommendations are in the best interest of shareholders?
All worthy questions. Unfortunately, The Big Thumb on the Scale: An Overview of the Proxy Advisory Industry by James Copland from right wing think tank Manhattan Institute and David Larcker and Brian Tayan from the Stanford Graduate School of Business enters the fray with the assumption that the answers to all those questions would confirm that proxy advisors’ policies destroy value and they need to be regulated and made to change their ways.
An earlier study is cited again here which argued that the ISS annual survey, which drive its policies “relies on too few participants and that the composition of the respondent pool is not well disclosed”. The surveys are also badly designed, says the paper, and there is no attempt, they say, for final policy guidelines to be based on the “extensive body of peer-reviewed, third-party research on governance”. And there appears to be no standard back-testing to ensure that proxy vote “are aligned with shareholder interests to maximize long-term value”. I find it hard to believe that neither ISS nor Glass Lewis have ever done back-testing to make sure their recommendations are good for shareholders, but that is the assumption here.

The authors then cite two studies, one based on interviews with investors and the other on data, that say that investors are not overly influenced by proxy advisory firms but that their research complements their decisions. But the present study claims that actual voting outcomes bely this conclusion. For example, they cite the following finding: “For example, 95% of institutional investors vote in favor of a company’s “say on pay” proposal when ISS recommends a favorable vote while only 68% vote in favor when ISS is opposed (a difference of 27%).” But you could use the same set of statistics to prove exactly the opposite: that 68% totally ignore ISS’s recommendation therefore they influence very few investors.Their claim is further undermined by their own statement that it is impossible to know if the investors came to the same conclusion on their own without being influenced by the proxy advisor.

The study also claims significant and negative influence over issuers. Another study is cited that says: “approximately three-quarters (72%) of publicly traded companies review the policies of a proxy advisory firm or engage with a proxy advisory firm to receive feedback and guidance on their proposed executive compensation plan”.
But the same study says that few make changes as a consequence. Of more interest is a finding that equity plans up for vote by shareholders are correlated precisely with ISS recommendations on share usage. “These figures suggest,” says the report, “that companies are acquiring their allowable [share] cap figure from ISS and designing their equity plans to fall just below this number.”
Finally, the study looks at the proxy advisor influence over the following governance items: director elections, say on pay, equity compensation/stock option repricing plans and proxy contests/M&A. It claims that recommendations on all these destroy value, except for those on proxy contests and M&A, which add value.
This last anomaly is explained by the assumption that because there are fewer proxy contest and M&A decisions, the advisory firms are able to spend more time on developing their recommendations which can then be more “accommodating to situational information that is unique to a company’s situation, industry, size, or stage of growth”.
Among the recommendations put forward to “solve” the problem is that the SEC “could eliminate the requirement that institutional investors vote all items on the proxy”.
I don’t think the consequences of this have been properly thought through, however. Currently, institutional investors vote 91% of the shares they own. What would happen if they didn’t need to do that? Then you would be faced with a situation where a very small number of activist shareholders would be voting all their shares and no one else, giving them an outsize influence. This is precisely the opposite of what the study’s authors would want to see happen. And it ain’t democracy.