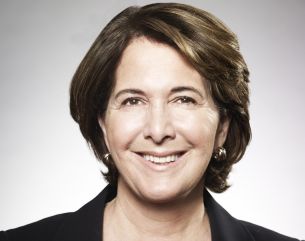 Amy Domini has several reasons to welcome the arrival of Barack Obama as US President. The first is that besides being the first black President, Obama, she says, is also the first true ‘green’ leader of the US: “He comes from a much more experienced environmental background than any recent US Presidents. He’s got hands-on experience in areas of environmental advocacy such as the cleaning up of asbestos in buildings.” The second reason, she says, is that his ascent to the White House should bring socially oriented investment styles into favour in the US after a relatively poor decade so far due to it being “totally out-of-kilter”, she says, with the economics of the Bush era. Domini is one of the highest profile SRI figures stateside: a founder of Kinder, Lydenberg, Domini (KLD), the US research company in which she no longer has an interest, and the founder and chief executive officer of Domini Social Investments, the US SRI mutual fund company. The Domini 400 Social Index, owned by KLD, which Domini helped create and establish, took SRI investing into the mainstream in the US with a track-record that regularly outperformed the S&P500 and made Domini a spokeswoman for SRI issues.In 2001, she published a well-received book: ‘Socially responsible investing, making a difference and making money’. Domini currently serves as a private trustee/portfolio manager for high net worth individuals at the Boston-based family office of Loring, Wolcott & Coolidge. She says US politics over the last eight years has created a top down economic environment in which certain industry sectors such as oil have dominated: anathema to the socially oriented investor. The future, however, she believes offers a bottom up picture, which will be more advantageous. “The US has had a period of stagnation on SRI, and this difficult time has meant that we’ve underperformed benchmarks. I think that will change. Congress was previously hostile to anything that was perceived to be responsible because it was deemed to be anti-competititive. The 2000-2008 stock market rally was really very narrow. If you look at the rise in oil stocks, the story was that it was about big demand in China, but really it was about the lack of regulation in commodity trading, and a succession of wars that contributed hugely. In the natural resources and extraction sectors, the Environmental Protection Agency

(EPA) was deemed to be anti-competitive, so all the companies that profited from the relaxations of its rules made a bundle. We are now entering an era where I think good companies will start to differentiate themselves. The EPA will be back in force and there will begin to be a shift away from oil. There will also be a move towards more union friendly companies and a desire to re-engage the consumer base by making people across the board better off. Healthcare reforms will also be important.” Initiatives already started in the first few days of the Obama administration look like bearing some of this out. In California the state is already lobbying the EPA to overturn restrictions set by Bush that would enable it to impose its own tough limits on greenhouse gas emissions from cars.
Do such trends give the SRI investor an advantage? Domini says perhaps not in the short-term. But she believes that Obama’s New Deal-style politics should introduce a long-term trend where the social audit will be important: “If you’re looking at stronger regulations it will be important to know, for example whether a company has had product recalls or if it is overpaying its CEO or spending less on research and development than competitors and has a fully funded pension scheme. “I can’t understand why that kind of information is still not baked into mainstream investing, but I don’t believe it is,” she says. Much depends, of course, on the quality of corporate information. Domini says CSR reports still have interesting comparables that can be complemented both quantitatively and qualitatively by good SRIanalysts. There is room for improvement though: “I’d like to think we could get to a level of social reporting akin to the Japanese standards on environmental reporting.
I think this administration has a blank canvass to do things. Things like C02 emissions under the Carbon Disclosure Project are low-hanging fruit and will be ubiquitous. I would also like to see the current law on the reporting of employee injuries and wrongful deaths being tightened up. I think the responsibility for companies to indicate their involvement in issues of environmental controversy should also be tightened up under the 10k reporting rules.” Domini says she would love to be more involved in promoting better corporate reporting in emerging markets, but notes that while there is still a lack of information and data is less standardised, there are pockets of improvement. In Turkey you can get pretty good info, whereas you can’t in Russia. Malaysia has passed CSR laws and Brazil and Argentina are progressing. In China, changes are likely to be simply the result of whether the government says yes or no.”
Asked for her SRI wish list under Obama, Domini lets rip: “I would like to see more accountability to stakeholders, tax payers and to society. I would like to see the word ‘beneficiary’ redefined by the Department of Labour (DoL) under the ERISA legislation: the fiduciary aspect of society appears to have been forgotten by the DoL and this needs to be changed.” In terms of broader financial markets, Domini says she would like to see speculation curbed more in the markets – perhaps with the raising of capital gains tax to 85% on short-term investments.
Hedge funds, she says, should be bought under direct legal scrutiny. She believes the SEC should also reintroduce the ‘uptick’ rule, which it eliminated in July, 2007. The rule meant that in order for a short sale to go through it could only happen at a price higher than the price prior to the short sale: “Now someone can sell stock they don’t have even as the stock is already falling.” Perhaps more controversially, she believes the 2% plus 20% charging structure of hedge funds should be brought to the same level as other investors: “The willingness of investors to allow pricing like this has meant that anyone who can start a hedge fund has. This means that far too many people are encouraged to speculate in the dark. In other words, thousands of hedge funds exist and none of them disclose what they own. It adds to the many reasons that the markets are so unstable. There might be other ways of addressing this issue. There could be large transaction taxes for when they buy and sell, which would slow them down. There could be monthly holdings reports posted on web sites. There could be onerous taxes on distributions from such entities, which would certainly slow them down. I suggest the pricing issue because it seems so simple.”
She says she also worries about the semantics of the SRI world gradually drifting towards the concept of ‘sustainability’. “It’s a bit of a marketing term; a comfort word. Companies like Boeing have been talking about sustainability for a long time, even if the person repeating the mantra was then disgraced. Personally I like SRI orresponsible investment. People say well are you then accusing other investors of being ‘irresponsible’? My answer is, yes, that is what we are saying!” In terms of future prospects for responsible investment, she says that while interest in Asia is growing, she expects Europe to lead the way. “In the US, we are seeing much more governance activity amongst mutual fund votes in terms of voting since 2005 and I think we could see the mainstream funds houses play a bit more on the theme of engagement,” she says. On the latter theme, she notes the proliferation of investor networks such as faith-based investors and the UNPRI that have lobbied together on issues like child slavery in Uzbekistan and indentured labour in pig iron production in Brazil.

“These are important roles we are playing. Procter & Gamble made a major shift to fair trade coffee because of investor lobbying. Overall with SRI you get a lot of bang for your buck on engagement, and there is potential for more involvement. We can now find partnerships globally on these things. I feel like we are now at a new start. I hope that myself and others can play a role in influencing the Obama administration. We’ll certainly not be sitting back. More importantly, I think we’ll be listened to because of the watchdog role we’ve played on many important issues in the past.”