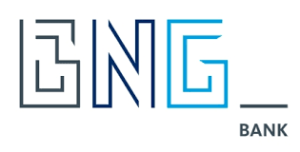 The framework for the social bond, which will be listed on the Luxembourg Stock Exchange, was developed with Telos, the centre for sustainable development at Tilburg University.

The criteria is framed around SDG 11 – Sustainable Cities and Communities, and involves an examination of the environmental aspects of buildings, such as energy efficiency; and social and economic aspects such as price and quality of the houses.

It also incorporates the recently launched social bond guidance from the International Capital Markets Association under its Green Bond Principles.

Using this framework, proceeds from the social bond will be lent to 92 of the country’s most sustainable housing associations with a focus on socially deprived neighbourhoods.

Oliver Labe, a member of BNG Bank’s executive board, said: “With this bond BNG Bank intends to increase its customers’ awareness about sustainability. In addition, the bank is responding to the ever-increasing need among international capital providers for sustainable investments that also have a social impact.”

Lead managers on the social bond were Credit Agricole, Morgan Stanley and Rabobank. Sustainalytics, the ESG research house, provided a second party review for the framework of the social bond.

It said: “Sustainalytics view BNG Bank’s methodology to select social housing associations with a focus on deprived neighbourhoods as innovative and robust. The use of proceeds clearly seeks to achieve positive socio-economic outcomes for target populations, as demonstrated by the consideration of both thesustainability performance of social housing associations and their investments in socially deprived neighbourhoods.”

The social bond will be audited by PricewaterhouseCoopers. German and Austrian investors took 32% of the bond. Investors from the Benelux region accounted for 21.7%, while Asian and French investors took 20% each.

The investors in the bond were dominated by SRI-focused organisations, said Willem Littel, senior manager, investor relations and capital markets at BNG.

Some 33.5% were bank treasuries who all had a green or social objective, 32.5% were asset managers, most being socially or SRI related, 4% were pension funds and insurers who were fully socially or SRI focused. Central banks also made up 30% of the book.

The social bond was also the first euro bond since the UK voted to leave the EU last month.

Littel said BNG had initially planned to issue the bond directly after the British referendum on the European Union but as a result of the outcome it had waited a week.

“There was less volatility,” he said. “But also real interest rates were down.”

As a result the bond’s duration was increased from seven to eight years so investors could get some yield, he said.

The Hague-based BNG specialises in providing financing for (semi-)publicly owned organizations. Ranked by assets alone, it is ranked as the 4th bank in the Netherlands.

The Dutch state owns 50% of the company, while the remainder is owned by the municipalities and provinces. It has said it “wants a more explicit sustainability profile”. Its 2016 funding progamme is around €17bn.