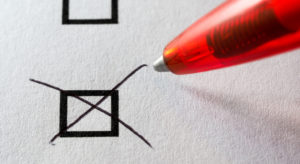 AMX, a UK-based investment platform provider set up by Willis Towers Watson in 2017, has worked with DWS, the €759bn asset management arm of Deutsche Bank on the new Investor Stewardship Service. It was developed in conjunction with ESG and proxy advisory Minerva Analytics and investment giant Northern Trust.

The move responds to growing friction between asset owners and their managers over pooled fund stewardship rights. Traditionally, investors in pooled funds, which generally have lower fees than segregated accounts, have been forced to accept the voting policy of the investment manager. Cost and complexity, particularly around splitting the votes, have been cited by managers as reasons why investor preferences could not be reflected in voting decisions.

But the new service aggregates investor preferences and executes votes accordingly, including splitting them when they conflict.

Guy Opperman, UK Minister for Pensions and Financial Inclusion, who has been a supporter of the AMNT’s campaign and been critical of asset managers in the past, praised the service.

“This will tackle, head-on, the industry practice of ‘invest in my fund, accept my voting policy’,” he said. “I strongly hope this prompts other pension scheme trustees to challenge their fund managers about plans to offer this service and drives engagement with other key issues such as how their managers are engaging and voting on pressing issues such as climate change.”

DWS and AMX will develop pooled funds on demand, with the first solution expected to be a low-carbon equity offering.

UK-based trustee body AMNT, which has campaigned for years for the right of asset owners to dictate how their investments be stewarded, has welcomed the development.

“We believe that AMX and DWS, along with its key partners Minerva and Northern Trust, have shown true innovation and leadership in the creation of this product, which puts the stewardship policy power where it is meant to be – with the asset owners,”  AMNT Co-Chair Janice Turner said.

AMNT’s Red Line Voting policies, a standardised set of voting instructions on ESG issues, will be one option for users of the new Investor Stewardship Service.

“Pooled fund index strategies are an extremely cost-effective proposition for long-term investors,” said Minerva’s CEO Sarah Wilson. “For too long, however, that has meant compromising on stewardship and voting issues. We’ve always believed that the application of smart technology can offer investors the best of both worlds: cost effective asset management with active ownership.”

Wilson also co-chairs a UK Government-convened taskforce which is developing solutions and resources for pension schemes to implement in-house voting policies in pooled investments. The body is due to put forward recommendations on regulatory and non-regulatory measures to support trustee-directed voting soon.