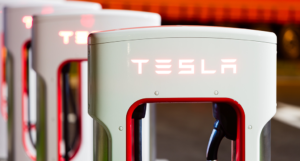 Investors and other industry participants have voiced concerns about Tesla opening a showroom in Xinjiang, with one ESG rating agency telling RI it is “monitoring the situation”.

On New Year’s Eve, the electric car giant opened a dealership in the city of Urumqi, located in the controversial region in which allegations over forced labour and human rights abuses of Uyghur Muslims have risen up the international agenda in recent years.

Tesla's move quickly received strong criticism, for example from US Republican senator Marco Rubio, who sponsored a bill that requires firms to prove that goods imported from Xinjiang were not produced with forced labour.

RI contacted a range of investors, ESG rating providers and other industry participants for their views on the topic. Notably, rating agencies’ opinions varied , with a Sustainalytics spokesperson telling RI it was “monitoring the situation”, when asked whether it intended to look into the development or alter the company’s rating.

For context, the person said Sustainalytics rates Tesla as a “Category Two” for the issue of employee human rights in the supply chain, which has an overall impact on the company’s ESG Risk Rating.

“The rationale for the score includes concerns raised by a 2020 Tech Transparency Project (TTP) report that multiple companies, including Tesla, potentially sourced materials or products made through the use of forced labour from Lens Technology factories in China. The TTP report claimed that Lens Technologies used Uyghur workers transferred from labour camps in the Xinjiang region,” the person explained.

An MSCI spokesperson, however, told RI: “At present, we do not have any information or reports from credible sources that Tesla is either directly or indirectly involved in forced labour or the supply of detention centers related to the opening of its showroom in Xinjiang.”

The ratings agency’s website states it has given Tesla an ‘A’ ESG rating on a scale where 'AAA' is the highest – making it average among 39 companies in the automobile industry. The rating says Tesla is lagging the industry in "labor management", which evaluates companies on the complexity of their workforce and strength of worker protections, for example.

S&P Global Ratings pointed RI to its ESG Credit Indicator, which for Tesla rates social risks as a neutral influence. When asked could the Xinjiang announcement potentially change the social rating, a spokesperson said: “ESG factors can impact the credit rating.  Yet, it’s about the materiality and relevance of the ESG credit factor. As a principle, our latest published view is our prevailing view on the credit quality of Tesla. In other words, we will publish again when we change our view.”

Fitch said its Sustainability team does not comment on specific firms, but a spokesperson pointed to its ESG 2022 Trends Outlook, which predicts this year will be key for social issues . “You could take the view means that the ‘E’ and ‘S’ collide more notably, even for ‘green’ objective companies like Tesla,” the spokesperson said.

Looking more closely at Tesla’s ESG ratings, there is an apparent divergence in opinion from the ratings agencies on governance issues at Tesla. Sustainalytics identifies corporate and product governance, alongside human capital and business ethics, as the most material ESG issues for Tesla, while MSCI says the company is leading the industry in corporate governance and corporate behaviour.

The news of Tesla’s entry into the region came just weeks after RI reported on a collaborative investor engagement effort targeting solar companies active in the area, coordinated by the Investor Alliance for Human Rights. Its director, Anita Dorett, told RI: “It is indeed disturbing that Tesla has opened a retail presence in the Uyghur Region given credible reports of egregious human rights abuses including forced labor, illegal mass surveillance and the detention of citizens and other controversies.”

She added: “Obviously, this could pose significant reputational and financial risks for the company.”

Echoing her concern, Kristin Hull, Founder and CEO of Nia Impact Capital, told RI: “We are of course quite concerned because the primary reason US manufacturers go to China is for cheap and often unregulated or underregulated labour. We also have transparency concerns in China in general […] so we are working on that communication now.”

She explained the investor will express to Tesla concerns about transparency issues with operations in China, the history of human rights violations at Chinese factories, and ask what Tesla’s plans are to ensure that employees, or in this case possibly contract workers, are treated fairly.

Meanwhile, an industry expert, who wanted to remain anonymous, highlighted that Tesla signed the UK’s Modern Slavery Statement last June, making it “liable to any human rights issues, trafficking or forced labour in its supply chain,” the person said.

Some, however, are less concerned about Tesla’s move. Another responsible investment industry expert said: “Unless it is illegal for Tesla to sell cars in China, then logically they will be interested in continuing to develop the largest market in the world for electric vehicles […] It probably says something about the state of growth of Xinjiang that Tesla thinks there is a market to go after.”

The person added that strategies to boycott, avoid or divest from certain areas “too often overlook that corporations can be a force for good in contested situations”. This is “because they are not government representatives, and economics can usually find a way to solve problems in ways that politicians cannot, for example, by making human rights standards part of their contractual arrangements with local suppliers.”

Meanwhile, the backlash on Tesla’s Xinjiang announcement is not the first time its ESG credentials have come under scrutiny.

In a 2021 blog about its inclusion in the S&P 500 ESG Index, despite scoring just six out of 100 on the S&P social score, Daniel Perrone wrote its inclusion was based more on its size than its sustainability performance.

And ESG research nonprofit, JUST Capital ranks the firm among the bottom 10% of all companies on ESG.

More broadly, Hull at Nia Impact Capital believes Tesla poses “more than a dilemma to ESG investors” with its apparent leadership in ‘E’ but issues in other areas such as supply chains and a lack of diversity at senior levels. “We didn’t think we’d be in such a sticky situation with what’s considered a good company,” she added.

She explained that Nia has filed shareholder resolutions at the company and attempted engagement on some of its concerns, but she does not believe the company has been particularly open to dialogue. “We see them with a lot of potential, if they get this right, they hold the keys to lead on innovation in the EV space, yet there needs to be a cultural change/shift from the business in how they approach some of these ESG issues.”

Other investors are also trying to tackle some of these thorny S and G issues.

A spokesperson for the UK Local Authority Pension Fund Forum (LAPFF) told RI that the fund has raised concerns about Tesla’s approach towards executive remuneration, as well as health and safety, and independent voices within the boardroom.

A spokesperson added: “The Forum intends to continue to raise concerns to help ensure the company is meeting the highest standards of corporate governance.”

Some investors have already bitten the bullet and ditched the company – Danish pension fund PKA dropped it in 2018 over workers’ rights and Boston Asset Management does not own Tesla as it rated it “poorly” on worker health and safety relative to its peers. Aegon pulled out last year over governance concerns, saying: “While Tesla’s business has grown and matured, its governance standards have not.”

Tesla had not responded to requests for comment at the time of publication.