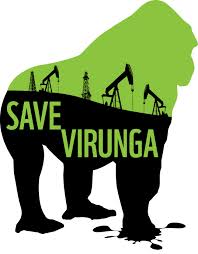 The Church of England Ethical Investment Advisory Group (EIAG) has taken the rare step of issuing a formal statement about the holdings by the Church’s National Investing Bodies in SOCO International, the UK-listed oil and gas firm which has faced criticism for its operations in the Virunga National Park in the Democratic Republic of Congo.

The panel, usually the soul of discretion on corporate engagements, has revealed board level engagement with SOCO and that the ethical panel has raised “serious concerns” about the company’s determination to satisfactorily address concerns about its activities in the park, home to endangered mountain gorillas.

“These allegations are of a serious nature and require a response from the board that urgently seeks to restore the confidence of shareholders,” the panel said, adding the company’s efforts so far “have not been sufficient”.

The EIAG – chaired by retired Slaughter and May partner James Featherby – is seeking a series of changes by the company including a wide ranging and transparent independent enquiry into its Virunga operations.The advisory group also seeks the amendment of a previously issued statement agreed between SOCO and WWF “to remove any room for doubt about their intentions”.

The panel comprises representatives of General Synod, the Archbishops’ Council, the Council for Mission and Public Affairs, the investing bodies and others. “The EIAG do not normally disclose the contents of our discussions with a company,” the panel said. “However, if we judge that sufficient progress is not being made we reserve the right to issue public statements, seek to move shareholder resolutions and/or to divest from the company.” The announcement follows a Netflix film backed by film star Leonardo DiCaprio and pleas by environmentalists to protect the park. For its part, SOCO says it does not operate in the mountainous Mikeno sector of the park, which is home to around half of the world’s 950 mountain gorillas.

In a statement on its website, it explains “that it will never seek to have operations in the mountain gorilla habitat, the Virunga volcanoes or the Virunga equatorial rainforest, and this remains the company’s position”.