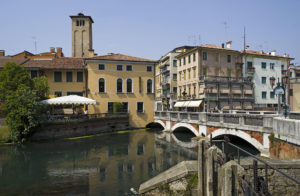 The European Investment Bank has made its first loan in which a social impact initiative is part of the agreement; a model that the deal’s originators hope will be replicated.

A loan of €29m has been made by the EIB to support the design, construction and operation of a new hospital wing in the northern Italian town of Treviso and to support the creation of a €1.8m social impact fund to help the local community.

European Commission Vice-President Jyrki Katainen, responsible for Jobs, Growth, Investment and Competiveness, said: “The construction of modern, state-of-the-art medical facilities and hospitals require significant investment. EFSI is playing an important and growing role in facilitating investments in the social sector. This agreement proves that the Investment Plan can deliver a social dividend, directly benefiting the citizens of Treviso, whilst also providing a boost for jobs and growth across Europe.”

The deal is unique in that the savings from cheaper financing from the EIB will be used to set up a social impact fund to support the local community in the town, which is near Venice.

The social impact fund is under development and will start operating towards the end of the year. It is understood that it could invest in education, research and innovation in health, themes closely related to the hospital’s mission.

Australian infrastructure giant Lendlease is leading the consortium ‘Ospedal Grando’ that is building the hospital wing, which will include an enhanced medical centre and refurbished buildings.Andrea Rockstuhl, Lendlease’s Head of Italy and Continental Europe, said: “Ospedal Grando has been a unique opportunity to test the principles of impact investing in a large-scale infrastructure project. In partnership with EIB, Lendlease has been able to optimise the financing of the project to generate €1.8m of savings, which are entirely committed to capitalise a new impact fund to invest in innovative solutions for research and health with greater benefits for the community.”

“A unique opportunity to test the principles of impact investing”

In addition to the EIB loan to the Ospedal Grando consortium, the EIB has signed a loan of €39m to fund public grants assigned to the project.

In total €250m has been raised by the Ospedal Grando consortium, that also got financing from Intesa San Paolo Group and UniCredit.

Consultancy firm PlusValue is advising the consortium on creating the social impact fund.

Filippo Addarii, founder of PlusValue, said the aim was to use the savings generated by the hospital’s reduced cost of capital “to stimulate further investment from all the stakeholders involved”. He spoke of “multiplier effect and self-sustaining positive feedback loop – circular economy – that increases the overall value of the project”.

In June EFSI invested €10m into a Finnish social impact bond to integrate refugees into the labour market.