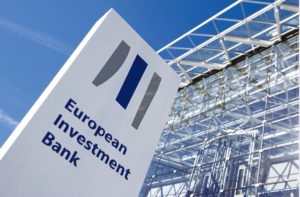 The European Investment Bank (EIB), the long-term lending arm of the European Union, has sold a €650m six-year Climate Awareness Bond (CAB) – its largest yet – taking its loan book in the instrument into the multi-billion euro bracket. The bond generated strong demand among (SRI) investors who the EIB said bought 60% of the paper. Investors in Benelux, Germany and France accounted for about 80% of final allocations. Asset managers, insurance companies and pension funds provided over 50% of the distribution by investor type. The AAA-rated Luxembourg-listed issue carries a coupon, or interest rate, of 1.375%. The joint lead bookrunners for the bond were Bank of America Merrill Lynch, Crédit Agricole CIB, DZ and Unicredit. The bond matures in November 2019 and was priced in line with the existing EIB ECoop curve at MS+4 bp. CAB bonds have a €500m minimum issue size and are identical in seniority and ratings terms to other EIB senior debt.Proceeds from the CAB issues are disbursed to EIB lending projects in renewable energy including wind, hydro, solar and geothermal energy production and energy efficiency projects such as district heating, co-generation, building insulation, energy loss reduction in transmission and distribution and equipment replacement. In November last year, the EIB issued a new 10-year SEK750m (€86.7m) Climate Awareness Bond (CAB) with the transaction marked by strong interest from Scandinavian investors (taking over 50% the issue), with Asian and other European accounts also providing significant demand. The EIB has issued over €2bn of Climate Awareness Bonds since they were launched in 2007. Climate-related bonds have been growing in importance for transnational issuers such as the EIB and the World Bank Group. In February this year, the IFC, part of the World Bank Group, issued a US$1bn 3-year deal to invest in climate-friendly projects in developing countries.