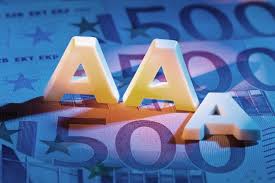 In the run up to hosting the next global climate negotiations later this year, Chile last month closed not one but two sovereign green bonds. Swiftly on the heels of the country’s $1.4bn debut issuance in mid-June, Chile’s finance ministry followed up with a €861m offering the next week. The Climate Bonds Initiative-certified issuances were both heavily oversubscribed.

It is becoming a trend for countries that are due to host the big global climate talks – the Conference of the Parties (COP) – to let the world know they are serious about the Paris Accord by issuing green paper. Poland kick-started the trend in 2016 with the first ever sovereign bond ahead of COP24.

So it’s no surprise that the UK is rumoured to be preparing for a green gilt — as its looks almost certain to be hosting COP26 in 2020.

But it’s not just COP hosts that want a piece of the action. Sovereign green bonds have become the go-to way for governments to brand themselves as climate champions.

Hong Kong is planning one of the world’s largest sovereign bond issuance programmes in a bid to position itself as a hub for green finance.

The government of the Hong Kong Special Administrative Region (HKSAR) has been clear that it hopes its planned HK$100bn (US$12.74bn) programme will stimulate issuances from financial institutions, corporates and cities not just in Hong Kong but further afield in the region. It aims to add to the tailwind domestically with a grant scheme that will potentially slice issuance costs in half.

Yo Takatsuki, Head of ESG Research and Active Ownership at AXA Investment Managers, says sovereign green bonds have been the most significant development in the green bond market in the past three years. “It has brought a different scale and credibility to the market,” he says. “It is an important financing avenue for governments as they seek to meet Nationally Determined Contributions [the climate plans under the Paris accord], and for other issuing entities, it’s a strong signal of the state’s support for climate financing capital markets.”

The Netherlands joined the roster last month with the first sovereign triple A-rated green bond in the market. Part of wider green bond program planned to reach €10bn, the issuance was 3.5 times oversubscribed, attracting €21bn of orders in just over 90 minutes and closing at €10bn.

The Dutch debt agency, too, appears to be fostering green-ness from the rest of the market: in what seems to be a first, investors who could prove their green credentials were given preference in the auction and made eligible for allocations 10 percentage points higher.Investors won’t readily say that demand for bonds is driven by their green-ness. Tanguy Claquin, Head of Sustainable Banking at Credit Agricole CIB, tells RI: “You can never associate one given result, which is over-allocation, just to the green feature. But right now there is an ever-growing demand for green bonds, and this is the first sovereign triple A green bond in the market, so it’s an area that couldn’t be invested in up until now.”

There are, however, signs that the green aspect may play a role. The first Chilean sovereign issuance had the lowest yield ever seen for the country’s 30-year debt and attracted comparatively high numbers of European and ESG investors. Sixty-one percent of investors in Poland’s green bond had never invested in any of the country’s regular bonds.

But sovereign green issuances are not without complications. Use of proceeds can differ from other issuances, and AXA’s Takatsuki says it is important to meet with sovereign issuers ahead of issuances to understand their intentions. “The use of proceeds in a corporate green bond are often for specific projects which can be large and tangible. Sovereign green bonds also finance big renewable energy or transport related projects but are also financing different types of policy-related spending such as on tax credits, subsidies and research grants,” he says. “Assessment of the merits of such use of proceeds has to be different.”

According to Takatsuki, political risk is something to consider, as government change can alter sustainability policy. “Governments come and go. Policies change,” he says.

“There’s a concern about potential green default, particularly for non-asset based eligible use of proceeds such as tax credits, subsidies and grants.”

But the sovereign fixed income space shows no sign of slowing down. Chile’s second issuance pushed sovereign issuance so far in 2019 to over $17.5bn – the total annual issuance for 2018. There are whispers that Egypt and Kenya are contenders, calls for the UK to do so, and several reports mooting a ‘green bund’ from Germany in 2020.

Claquin says it would be an important move that would bolster the wider support of European states for green bonds. “Given their position in the bond market, if the Republic of Germany were to issue a green bond this would be a massive signal to the overall market.”