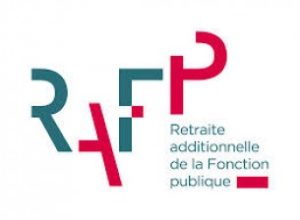 ERAFP, France’s public service additional pension scheme, a 100% SRI investor with €26bn in assets, has updated its SRI charter in the light of more urgent challenges – and says that a failure to respond to engagement may lead to companies being excluded from its portfolio.

ERAFP says issues like climate change, social risk in the supply chain, corporate tax evasion and combatting discrimination “have become more urgent”, requiring changes to the document, which has grown to 26 pages from the original 2006 version’s seven.

“The spirit of the charter remains unchanged but has been supplemented by mention of ERAFP’s role as an active shareholder through a policy of shareholder engagement based on formally defined guidelines, more forceful follow-up of controversies and measurement of the effective impact of the ESG criteria,” the fund says in a statement.

The new charter itself speaks of the fund directors’ concern regarding breaches of, or complicity, in breaches of recognised international standards by companies [issuers] “including indirectly as parent company or giver of orders”.

The fund “underlines its wish for these to cease and stresses its desire to encourage the organisation in which it invests to implement a constantly improved management of their impact on society and the environment.

“In particular,  it is in this sense that in the event of failure of these attempts to influence that exclusions may be decided.”The word exclusion is a new one for this edition of the charter. ERAFP, which has managed its investments in accordance with a fully SRI approach since inception in 2005, has revised the document in the light of “changes in the extra-financial environment” to enable it to respond better to the challenges.

The revision was adopted by ERAFP’s board in October and has been released today (December 6), with ERAFP saying: ““More than ten years after its board of directors first adopted the SRI Charter, ERAFP now has the necessary hindsight to assess its implementation.”

Over the period, ERAFP’s SRI approach has accompanied the diversification of its investments and been enhanced by the adoption in 2012 of shareholder engagement guidelines and, in 2013, of indicators to measure the carbon footprint of its investments.

It now also provides for measurement of the effective impact over time of the ESG selection criteria in the context of the ‘best in class’ approach, shareholder engagement and progressive reduction of the fund’s carbon footprint.

In October ERAFP launched a tender to find one or more consultancy companies specialised in environmental risk and opportunity research on the theme of climate change.