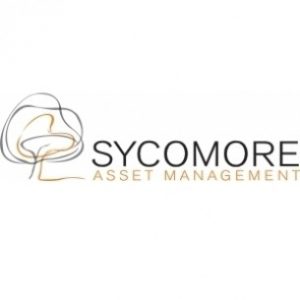 ERAFP, the €15bn Paris-based French Public Service Additional Pension Scheme – a 100% SRI pension fund – has awarded a €150m French small cap equity mandate to Paris-based Sycomore Asset Management. The fund has put two other Paris-based managers, Amiral Gestion and Moneta Asset Management, on stand-by for the same brief. ERAFP manages top-up retirement contributions for 4.6 million French civil servants, local authority and public hospital employees. It takes in annual contributions of €1.7bn making it one of the continent’s fastest growing funds. The five-year mandate will be principally invested in French small companies with what ERAFP says is a “long-term perspective”. The fund said it could extend the mandates by a further three rolling periods of one year if it is satisfied with the manager’s performance.
Sycomore’s objective will be to outperform the MSCI France Small Cap Index but with no imposed tracking error for the portfolio against the benchmark. The French pension fund said it had given Sycomore a brief to carry out fundamental stock research alongside corporate engagement. In March 2012, ERAFP took the rare step for a French asset owner of implementing a detailed voting and engagement strategy to cover its relationship with investee companies.Sycomore, which signed the UN-supported PRI in 2010, said the dedicated ERAFP account would be co-managed by Cyril Charlot, Founding Partner, and Léa Dunand-Châtellet, Head of ESG Research, using dual financial and extra-financial investment criteria. Sycomore, an independent founder- and employee-owned firm started in 2001, runs almost €2bn in equity-focused assets through open-end funds and managed accounts. The ERAFP win doubles its assets managed under its ESG proprietary model to more than €300m. Laurent Deltour, Chairman and Co-Founder of Sycomore Asset Management, said: “Following the strong efforts made by our teams in the last five years, Sycomore is delighted to have been selected for the management of this SRI managed account. In addition, this decision made by ERAFP, a leading public pension fund in France, is validating our approach in ESG research which is based exclusively on a proprietary analysis; which allows us to integrate small & mid capitalisation firms and construct differentiated SRI portfolios.” ERAFP is also still in the market for new mandates valued at approximately €300m for three mid and large cap US equity briefs, which have yet to be awarded. The three new US mandates indicate a broadening diversification of its assets outside of Europe.