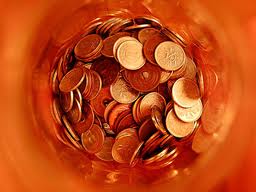 A new cross-fund group has been set up to advise the UK local pension schemes on responsible investment and infrastructure, as the country’s government continues to work towards pooling £217bn (€283bn) of local authority pension assets into six “British Wealth Funds”.

Part of the criteria for creating pooled funds is a demonstration of how ethical, social and corporate governance policies will be handled by its managers, and how authorities will act as responsible and long-term investors.

In order to address this, a cross-pool collaboration effort has established an infrastructure and responsible investment sub-group made up of representatives from the UK’s six new LGPS pools, including Faith Ward, chief of responsible investment and risk officer at the Environment Agency Pension Fund (EAPF), who represents a group of schemes from the southwest of England called the Brunel Pensions Partnership after the famed Victorian railway engineer. The other funds involved are the Avon Pension Fund and the Cornwall Pension Fund.

It is one of the first groupings of schemes to emerge following Osborne’s announcement, with most others based on local or pre-existing relationships, such as the Northern Powerhouse group, a geographic co-op of the Greater Manchester, West Yorkshire and Merseyside Pension funds, or A Collaboration of Central, Eastern and South Shires (Access), which includes Cambridgeshire, Norfolk and the London CIV.Dawn Turner, head of pension fund management at the £2.5bn EAPF, will chair the working group as its coordinator. She says that intentions are for the group to be “practical”, providing guidance across each pooled fund in the realm of responsible investment.

After meeting once earlier this month, the first task for the working group is to establish how each pool will handle voting at AGMs, depending on its membership and structure. Turner adds: “It seems to be the biggest current issue that will continue to be important as the pools are forming.”

The group will also advise on how the pooled funds tackle responsible investment, including what the practice means in “its widest form”, says Turner.

She adds: “For example, that would include looking at the potential financial risk of climate change. It won’t be a necessary consideration but the group will provide practical material for the pools to use and then decide what they want to do.”

Part of the challenge to follow the new LGPS rules, which require authorities to report on how ESG considerations are included in their investment strategies, is that not every local pension scheme will have the resources to investigate this fully. Turner points out that an advantage afforded by pooling funds is that each can determine how its resources are used and can bring a new focus to its fund that might not otherwise be possible.

The collaborative group is set to meet again on June 7, when establishing voting guidelines will be on the agenda. In the meantime, the government is continuing to analyse responses to its LGPS Regulations consultation.

It is not clear how the sub-group will tackle the problem highlighted by the Pensions and Lifetime Savings Association (PLSA) earlier this year concerning how local authority funds will be prevented from pursuing “boycotts, divestments and sanctions” in line with UK government policy.