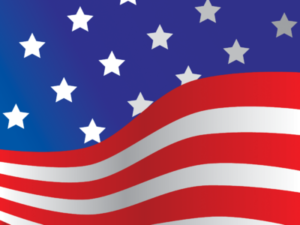 Kicking off our new Responsible Investor ESG Country Snapshot Series, this first article takes a look at the United States.

The election of Donald Trump made writing about US sustainable finance policy, regulation and government activity, and the country’s approach to its Nationally Determined Contribution (NDC) a very simple matter, because now there is no policy; regulations have been eliminated or reduced; the Paris Agreement was dropped and the World Bank’s assessment of the US NDC is laughable. Initially, there was panic in the sustainability world at his election, but as the months have passed it has become clear that Trump’s policies are spurring investors and corporations to greater efforts in sustainability – particularly climate change – than might otherwise have been likely under a president that did not find it politically expedient to deny climate change.

In the World Bank assessment of the US’ NDC, almost everything is marked with either an ‘x’ or ‘n/a’

In the World Bank assessment of the US’ NDC, almost everything is marked with either an ‘x’ or ‘n/a’ and, even though it includes emissions reduction plans of between 25% and 28% by 2025 (from a base year of 2005), there is no national pathway to achieving it. Even with the departure of the notorious fossil fuel lackey Scott Pruitt from the Environmental Protection Agency, federal action at the agency is still likely to be supportive of the brown economy, since the acting head is a former coal industry lobbyist. In this case, no news at the federal level on sustainability is ‘no news’.
Of other federal actions taken lately in the US, we have a confusing bulletin from the Department of Labor (DoL) advising public pension plan fiduciaries not to invest according to ESG precepts unless it would give a higher rate of return – talk about stating the obvious. Even at the SEC, there is lacklustre enforcement of conflict mineral rule disclosures, poor monitoring of ESG risk disclosures and an Investor Advisory Committee that has many great ideas but not much of a record for achieving. There are Supreme Court decisions setting back union powers and workforce protections. There are Congressional Republicans trying, through their Financial CHOICE Act, to roll back investor protections and investor rights that were put in place by Dodd-Frank; rollbacks that new SEC Commissioner Robert Jackson finds “troubling”. Even the stock exchanges, while stating commitments to sustainability and the highest ESG standards, as well as recommendations for meaningful qualitative and quantitative disclosures from companies, have no formal listing requirements relating to sustainability.
Having dealt with what is not so much a lack of a response at the federal level as a running in the opposite direction, let us turn to where the real action is: investors, corporations, states and cities.
For example, in the absence of any federal lead on diversity quotas, a bill known as SB 826 would require California’s publicly-traded companies to have a minimum of one woman on the board by the end of 2019, punishable by a cash fine. That minimum would go up from 2022, to two to three women depending on the size of the board. More recently – after two years of research, including a nationwide ‘listening tour’ – the state’s Treasurer, John Chiang, yesterday ramped up its commitment to climate finance by signing the Green Bond Pledge, committing to finance climate-aligned infrastructure and capital projects with green bonds, and making proposals on green definitions and market standardisation for the market.And Chicago, in almost direct contradiction of the DoL bulletin, will become the first US city to integrate sustainability issues into the management of all its $8bn treasury assets, and, in the future, its $25bn pension funds.

From an investment perspective, green is no longer the domain of ESG funds. This year, Bank of America, Citigroup, J.P. Morgan and Wells Fargo, collectively invested $850bn in clean energy. In addition, investors supported calls for improvements to the Equator Principles, claiming that the current principles do not give banks the necessary tools to respond to situations like the Dakota Access Pipeline. On the other hand, a $2trn coalition, led by Boston Common, claimed that less than half of banks are implementing any climate risk assessments or analysis of alignment with a 2°C warming target.
Large public funds like CalSTRS, CalPERS and the New York retirement funds are also making lots of green energy investments. At the same time, New York City and a whole host of Californian cities and counties made moves to sue five oil majors. Rhode Island joined this group just a couple of weeks before a New York judge agreed with a decision by a judge in California to dismiss the suits. The funds are, of course, appealing. Not only that, but the New York funds are divesting $5bn in investment holdings in 190 fossil fuel companies within five years. The case for divestment in fossil fuels rather than engagement is becoming stronger, backed by comprehensive financial analysis by the Institute for Energy Economics and Financial Analysis. But there are still opposing policies, with New York State funds and those in California continuing to engage.
The same split is happening over private prison investments, as CalPERS continues with engagement while New York, among other public funds, divests. Another split is over gun manufacturers and retailers. Sturm, Ruger and American Outdoors were forced to answer a series of questions from BlackRock, which continues its engagement on the topic – as does CalPERS, despite Treasurer Chiang’s noisy protests at its board meetings. CalSTRS had already divested, but other funds such as IPERS [Iowa Public Employees’ Retirement System] and Florida SBA publicly stated that their fiduciary duty lay in investment not divestment.

Other sustainability investment issues are emerging in the US, including the opioid addiction crisis. The Investors for Opioid Accountability coalition achieved two-thirds support from shareholders at pharma company Depomed for a resolution asking for board-level oversight and governance reforms to manage opioids-related risks, as well as to take those risks into account when setting executive pay. And in another first, JANA and CalSTRS are engaging/challenging Apple over cell phone use.
Most recently, of course, CalPERS has revamped its investment policies to take account of the material risks of a whole range of social and environmental practices that could affect the long-term value of their investments.
In continuing campaigns on sustainability, there have been over 50 resolutions filed by the lobbying disclosure coalition’s 2018 campaign, most with higher votes than last year, and many withdrawals as a result of companies agreeing to disclosures.
New York State Comptroller Thomas DiNapoli has seen the fund’s stewardship campaign on climate shareholder resolutions claim a string of victories. The fund, in partnership with other shareholders, has filed more than 120 climate change-related shareholder resolutions and reached agreements with 43 companies.
In addition, DiNapoli wrote letters to ten of the largest GHG emitters in the fund’s portfolio asking them to adopt “time-bound, quantitative, company-wide” targets for long-term GHG emissions reductions, based on the needs outlined in the Paris Agreement.

Of the 20 2°C scenario analysis proposals filed in 2018, 13 were withdrawn as companies committed to conduct the analysis

Investor power on sustainability was seen in Exxon’s decision in December to adopt the victorious shareholder resolution on climate risk disclosure. In addition, of the 20 2°C scenario analysis proposals that were filed in 2018, 13 were withdrawn as companies committed to conduct the analysis investors requested. Elsewhere, a majority of shareholders supported a resolution at Anadarko, even as the company claimed it was making the required disclosures already. While at Marathon Petroleum, investors didn’t even have to file a resolution for the company to take action. Investors in power utilities saw similar success in pushing them to implement long-term greenhouse gas reduction goals.
At the same time as shareholder proposals are gaining more and more traction, they are also under attack from various quarters, from SEC Staff Legal Bulletins, to fake lobbying groups to, now, the SEC’s own roundtable.

On the corporate side, there are plenty of members of the CERES We Are Still In coalition that are working against Trump’s withdrawal from the Paris Agreement. Apple has implemented 100% clean energy for all its operations, Lyft has announced that will offset all its rides, L’Oreal USA plans to be carbon neutral by next year for 21 of its facilities, and Microsoft recently stepped up its commitment to clean power in its own facilities and supply chain, pledging to reduce its emissions by 75% by 2030, against a 2013 baseline.There was a flurry of corporate reaction to the horrendous gun attacks in US schools earlier this year – though sometimes with bad grace, like when Chubb dropped its infamous ‘Stand Your Ground’ insurance policy. Bank of America stood by its no finance for guns companies policy, Delta ended discounts for NRA members and Dick’s Sporting Goods agreed to stop selling assault weapons, among many others.
There have also been setbacks at the climate-denying corporate think-tank ALEC, with companies leaving both it and the Chamber of Commerce and failed legislative efforts to roll back emissions controls.
But, while 82% of the S&P 500 published sustainability reports in 2017, according to the Governance and Accountability Institute, an MSCI report said some companies “may carefully manage disclosures through a painstaking editing and brand-polishing process”. And a 2017 PwC survey of US investors found that 62% felt they don’t “have enough trust in the information companies report” to be confident in investment analysis and decisions.
Finally, the Climate Bonds Initiative found that the US was one of the top three issuers of green bonds in 2017 with a year-end total of $155.5bn, a new annual record, up 78% on the adjusted 2016 figure of $87.2bn. Its 2018 estimate for US municipal green bond issuance is $20bn. And in social finance, a provision in the Social Impact Partnerships to Pay for Results Act established a funding stream to support the implementation of Pay for Success contracting to impact Federal outcomes and related costs. There have now been 20 pay-for-success projects launched in America, mobilising over $200m across a wide range of issue areas from workforce development and homelessness to criminal justice advocation.