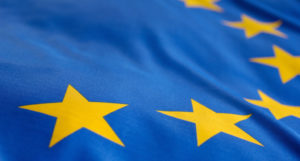 ESG-linked bonds should be excluded from the capital buffers used by banks to offset potential risks and losses, the European Banking Authority (EBA) has said.

The guidance was included in a report published today by the EBA, which updated the eligibility criteria for capital buffers under the EU’s Capital Requirements Regulation (CRR). It is believed to be the first time the regulator has opined on the topic in relation to ESG-linked bonds.

Unlike conventional bonds, the coupon of ESG-linked notes varies depending on whether the issuer achieves predefined sustainability or ESG objectives. The increasingly popular asset class is expected to grow sixfold to $60bn in 2021.

A key issue for Europe’s banking watchdog is the use of ‘step-up’ fees for issuers that miss sustainability targets for ESG-linked bonds, which it said “should not be allowed or encouraged”.

The EBA warned that the use of such fees could be regarded as “incentives to redeem”, as they could lead to repurchases or buybacks before the bonds reach final maturity, to avoid higher costs for the issuer.

A spokesperson from the EBA said: “According to the CRR, which rules eligibility criteria for bonds used for capital/regulatory purposes, this feature [incentives to redeem] is prohibited for own funds instruments because it makes instruments less permanent; it also reduces the effective maturity of eligible liabilities instruments.”

Another concern raised in the report on ‘step-up’ fees is the potential impact on issuers’ credit ratings, if interest rates are increased for issuers failing to meet their ESG targets. The EBA warns that, as credit rating agencies increasingly incorporate ESG into their assessments, a potential link is created “between the interest on the bond in cases of step-up/fees and the issuer’s own credit standing”.

In general, bank capital should not be linked to “the performance of assets/fulfilment of specific targets (that could be of a varied nature, including outside the ESG world)”, the EBA concluded.

More broadly, the supervisor warned that some issuers of green bonds “seem less committed than others” with regards to use of proceeds, with some issuers using softer language such as, “While it is the intention of the Issuer to apply the net proceeds of any Green Notes… there can be no assurance that the Issuer will be able to do this”.