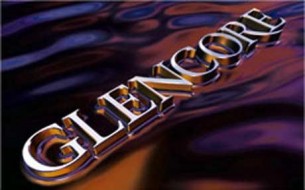 Switzerland’s Ethos Foundation, which looks after more than CHF2.3bn (€1.4bn) in assets for over 100 of the country’s pension funds and foundations, has blacklisted Glencore, the controversial Swiss-based commodities trader from its investment portfolios, citing a series of “important environmental and social controversies” at the recently listed firm. Among its concerns Ethos says Glencore’s interests in Katanga Mining Limited in the Democratic Republic of Congo (DRC), face allegations of “serious and repeated human rights violations” such as child labour and violence against local populations, which the company has failed to respond to.
Ethos cited reports that Katanga miners are regularly victims of accidents and health problems, but receive poor salaries and no social protection. It said: “The health of local populations is threatened by environmental pollution from the mines such as water and earth pollution from sulphur and leademissions exceeding legal limits. Faced with these important controversies Glencore doesn’t engage and is happy to respond in a very general manner.” Ethos also accuses Glencore and its subsidiaries in Africa of not paying the full tax due in the countries it operates in, but instead booking profits in tax havens – so-called “transfer pricing”. It said the complex accounting practices deprive African mining countries of important tax revenues for economic development. The Swiss pension fund investor said: “By the nature and breadth of its activities, Glencore should face up to a large number of environmental and social issues. But the company communicates very little on the way it does this, notably its policies for reducing its ESG impacts.”
In April this year, Glencore floated 20% of its capital to investors via listings in London and Hong Kong at a float price of 530 pence in London. The share price has since languished and is currently at 484.35 pence.