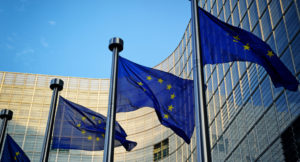 The International Capital Markets Association (ICMA) has warned that the EU’s plans to require bonds to align with its green taxonomy under the new EU Green Bond Standard (GBS) could hinder the label’s international appeal.

The long-awaited GBS, which was released in draft form by the EU earlier this week, seeks to offer a ‘gold standard’ for green bond issuance globally. It currently requires proceeds raised by eligible issuances to be fully allocated to projects that meet the environmental criteria set out in the EU taxonomy.

This requirement could be a hurdle for issuers, said ICMA today, due to the complexity of the taxonomy and the fact that much of the detail around eligibility is yet to be developed.

Currently, the only categories of the taxonomy to have been fleshed out are those relating to climate change – and even they are only partially developed, with details on agriculture, nuclear, gas and other sectors still in the pipeline. The criteria for the taxonomy’s remaining four environmental objectives – pollution prevention, biodiversity, circular economy and water – will be applied from 2023.

ICMA, which oversees the most widely-used standards for green, social and sustainability-linked bonds, also noted that some EU green bonds are at risk of losing their GBS designation in future, if the relevant taxonomy criteria is changed during their lifetimes.

“This may lead to various concerns and practical challenges which are hard to fully anticipate and may eventually impede the success of the label,” said ICMA.

But the organisation welcomed other elements of the GBS, such as a provision allowing for the financing of activities expected to be covered by the taxonomy in the future, and the use of EU-certified external reviewers.

While the GBS has been characterised by the EU as a ‘gold standard’ for green bond certification, existing market standards are already moving to close the gap. In June, ICMA updated its Green Bond Principles (GBP) to include voluntary disclosure requirements for taxonomy alignment, enhanced recommendations for pre- and post-issuance disclosure, and new guidance on the management of social and environmental risks.

Earlier this week, the Climate Bonds Initiative (CBI) – the other main standard setter in the green bond market – told RI it would be reviewing its flagship Climate Bonds Standard with a view to incorporating some elements of the GBS.

However, this does not mean that the EU GBS will make other standards obsolete, said Secretary of the Green Bond Principles and ICMA Senior Director Nicholas Pfaff to RI.

“The EU GBS is an official voluntary standard that is not designed to substitute for existing market standards but to work alongside them. The recommendations of the 2021 edition of the GBP are very close to those of the EU GBS with the notable exception of mandatory alignment with the EU Taxonomy that the latter requires,” he said.

Both Pfaff and CBI’s CEO Sean Kidney advised the European Commission on the development of the EU GBS, via its Technical Expert Group on Sustainable Finance.

CBI has called on the EU to make the GBS more flexible for green bonds linked to the bloc’s Covid-recovery financing, after it was confirmed that the Commission won’t apply the Standard to its own deals because of its prescriptiveness and complexity.

The Commission will fund up to 30% of its €750bn flagship Coronavirus recovery fund with green paper, but RI broke the news in March that it planned an alternative, ‘light touch’ approach for the programme, in the face of pressure from EU member states.

“It’s very unfortunate that the EU is considering issuing green bonds without reference to the incoming GBS. While it is true that the standard and the taxonomy will not be operational by the time the EU plans to start issuing green bonds in bulk, we believe there are workarounds, specifically by applying the Do No Significant Harm element on a best-efforts-basis over the transition period,” he said.

“Politically, it would be madness for the EU to issue green bonds which are not aligned to its own standards. It would be like one hand doing something without regard for the other hand. We will be putting our alternative solution to the EU shortly.”