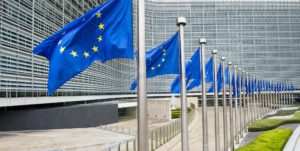 This month marks one year since the European Commission launched its ground-breaking EU Action Plan for Financing Sustainable Growth, in which it outlined an ambitious agenda to “reengineer financial markets”, overhaul existing regulation and create new tools to mainstream ESG.
A lot has happened since then: last May, three legislative proposals were put forward to kick-start the process, and more than 200 people have been pulled in as part of a Technical Expert Group (TEG) and its advisors, to help the Commission create appropriate rules.
The spotlight has been on the Commission’s flagship project, the green taxonomy, to help companies, investors and others understand ‘what is green’. But their proposals are much broader than that. As well as green bond standards and green labels for funds (which will be based on the taxonomy), there is a proposal on benchmarks, which covers both the creation of new, dedicated products, and enhanced ESG disclosure on existing indices. Controversial plans to introduce a Green Supporting Factor, in which banks’ capital requirements are altered to encourage lending to green assets, have fallen off the agenda for now, but may be put back on the table once definitions of ‘green’ are established under the taxonomy.
There is frustration from some quarters that, while many of the observations made by the High Level Expert Group on Sustainable Finance (HLEG), which was mandated to identify key challenges and focus areas for the Commission’s work back in 2016, had been profound and systemic – the fixation with short-termism, clarity around investor duties and the need for financial markets to reflect the values of society, for example – the Commission has put most emphasis on areas that provide scope for product development, and the remit has been whittled down to climate change, mainly, rather than ‘sustainability’ more broadly.

The taxonomy, the creation of low-carbon indices and the development of green labels and standards, are clear examples of this.
But there has also been a slew of regulatory developments around corporate and investor disclosure on sustainability, proposed updates to suitability tests, and a number of requests levelled at the European Supervisory Authorities (the ESAs) – including one to address “undue short-term pressure from the financial sector on corporations”.
This week ushered in another big milestone for the EU Action Plan, as the first legislative proposal made it through political negotiations between the European Parliament, the European Commission and the Council of the European Union.What was important about this development was that, as well as happening swiftly, it defied growing concerns from the market and civil society that HLEG’s proposals, which caused such excitement when they were released in 2018, would be so diluted through political negotiation and lobbying, that they would eventually become niche and meaningless.

Indeed, in the benchmarking negotiations, thanks to the amendments put forward by the European Parliament and preliminarily accepted by Council and Commission, the original legislative proposal was made more ambitious and far-reaching, not less.

It’s unclear whether this will set the tone for the other two outstanding proposals (on a green taxonomy and enhanced disclosure), or indeed those still to be put forward, but it offers some hope to sceptics.
These political negotiations and legislative proposals fall under Level 1 in the law-making process at the EU (known as the Lamfalussy process). There is also a Level 2 process going on around the Action Plan, which currently centres on the development of technical guidance on how the legislative proposals would look and be implemented, led by the TEG.
The TEG has 35 official members who are split into four groups: taxonomy, green bonds, benchmarks and disclosure.

Each group has spent the past seven months working on advice for the Commission, which it will present in a final report in June. The Commission – which will launch a public consultation on the report over the summer – has two decisions to make: how it will take the TEG’s various recommendations forward, and whether it will extend their mandate for another six months to assist with the process.
Before then, there will be a number of interim consultations, stakeholder meetings, political negotiations and votes, not to mention European elections in May that will decide the make-up of the new Parliament, and – a little later in the year – the appointment of a new College of Commissioners to replace the one currently led by President Jean-Claude Juncker in November.

A new Commission and Parliament could potentially throw a major spanner in the works for the sustainability agenda, depending on who ends up in charge; but insiders say that’s not currently a major concern – although it is putting a rocket under those supportive of the agenda to get negotiations finished quickly.

This month, to mark the first anniversary of the Action Plan, RI will publish a number of articles taking stock of some of the key objectives the Commission laid out 12 months ago, looking at how far they’ve come and what the next steps will be. Starting next week, we will also free up our archive of EU Action Plan stories from behind the paywall for a limited period of time to encourage knowledge sharing across organisations of the back story and implications of the EU’s landmark regulatory initiatives.

The RI Europe 2019 conference will major on crucial discussions around what the EU Action Plan on Sustainable Finance means for investors and companies.
Click to see the programme