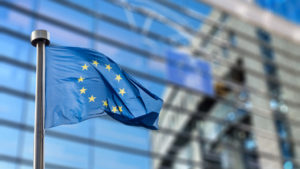 The European Commission has today put out a €300k tender to undertake a study into the feasibility of introducing a label for ESG benchmarks.

Plans to develop such a label were announced in the Commission’s latest Sustainable Finance Strategy earlier this month.

The planned ESG benchmark category would be similar to the EU’s existing Paris-Aligned and Climate Transition benchmarks, which lay out some basic expectations for indices seeking to support Europe’s climate objectives. The new category would cover a wider range of sustainability and ESG factors.

The 12-month study should provide “comprehensive analysis regarding the feasibility of the creation of an EU ESG Benchmark label, including the minimum standards and transparency requirements”, the tender states. Its findings will contribute to the Commission’s formal proposal for the label to European Parliament and Council, due by the end of 2022.

The tender document claims there is market support for the introduction of an ESG benchmark, based on consultation responses submitted ahead of the launch of the new sustainable finance strategy.

However, investors have already noted the challenges of creating such a benchmark compared with climate-based indices. One investor told RI earlier this month that “ESG scores are all over the place… So if the EU is going to come up with an ESG benchmark they are presumably also going to have to prescribe an ESG scoring framework as well, which requires the equivalent of an ESG taxonomy”.

The Commission hinted at that complexity, stating that the planned ESG benchmark would take into account the “evolving nature of sustainability indicators and the methods used to measure them”.

European investors have already shifted significant amounts of money into indices aligned with the EU’s climate benchmarking rules. The German Bundesbank is moving €9bn of public pension money into eligible indices, while RI revealed last month that French public pension scheme Ircantec was looking to select an EU Paris-aligned Benchmark for its investments.

The Commission now plans to review the minimum standards for both its Climate Transition Benchmarks and Paris-Aligned Benchmarks, to ensure that the underlying assets are compliant with the EU’s Green Taxonomy.

The deadline for bids for the EU’s ESG Benchmark label study closes 10 October.