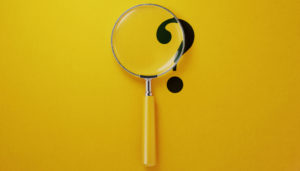 The European Commission has confirmed that work is underway to bring more clarity to the EU’s planned green retail fund label in relation to its alignment with the EU Taxonomy.

A Commission spokesperson told RI: “The Commission Services are currently dedicating special attention to clarify and strengthen the articulation between the EU Ecolabel criteria for financial products and the work under the EU Taxonomy.”

The Commission spokesperson did not provide further details on the nature of the work.

The Ecolabel is a key initiative under the EU Action Plan and is the only one to focus on greening products in the retail investment market. It is the first time that the Ecolabel – an existing EU certification awarded to consumer products with class-leading environmental standards – is being extended to include financial products

The financial product Ecolabel plans have been widely criticised by asset managers for being too stringent.

According to the most recent version of the Ecolabel’s proposed criteria – the third iteration since the project began – Ecolabel-badged mixed and bond funds must invest at least 50% of its assets in ‘environmentally sustainable economic activities’ – meaning those qualifying as such under the EU Taxonomy – 40% for equity funds and 70% for alternative investment funds.

This could prove challenging, as early estimates and testing of the Taxonomy’s climate criteria shows the taxonomy-aligned investment universe is currently very small.

The Ecolabel project team, which is overseen by the Commission, has already missed key deadlines earlier this summer to finalise the criteria  and submit it for a vote by EU member state representatives, before it is passed on to EU co-legislators for formal adoption.

The delay will be seen as being indicative of an ‘ambition dilemma’ which has dogged the project. Since kicking off in 2019, members of the working group developing the new label have struggled to establish an eligibility criteria which strikes a balance between aligning with ambitious environmental standards and being loose enough so as to be suitable for broader market adoption.

Adding further complexity, Ecolabel certified products are expected to have at least 10-20% of the available market share according to the rules which govern the broader EU scheme. For comparison, France’s leading SRI and Greenfin labels control 6% and 1% of the domestic market share, respectively.

EU trade groups, investors and NGOs have been anxious to tip the balance in one way or the other, with mainstream fund bodies such as the European Fund and Asset Management Association finding common ground with RI heavyweights Eurosif and Mirova in calling for a looser criteria which would allow for additional diversification, in the hopes that this would make certified products more attractive and suitable for potential investors.

Concerns have been raised, for example in a Secret Investor article recently published in RI, that the ambition right from the start for the Ecolabel was that it was only intended for the "very best" or "very greenest" sustainability funds. That such funds may be dark green but not necessarily suitable for retail investors from an investment perspective was disregarded.”

On the other hand, NGOs and some progressive lawmakers have demanded that the criteria is strengthened even further, warning that the current proposals carry “a real risk for greenwashing financial products, misleading consumers and harming the reputation of the EU Ecolabel scheme beyond finance”.

There have also been bipartisan concerns over the ability of retail investors to understand the complexity of the proposed criteria, which sets out different methodologies to calculate the environmental performance of companies based on where they are on their transition journey.

Commenting on the development, Eurosif head Victor van Hoorn said: “This is an opportunity for EU policymakers to hit reset and rethink the Ecolabel criteria because as it stands, there is a real danger that the proposals are too stringent. Fund managers will struggle to build portfolios complying with the label and having a level of investment risks suitable for retail investors. A possible solution might be to allow more flexibility initially to encourage market uptake of the label, and then revising the criteria to make it progressively more stringent which is in line with other green fund labels such as Belgium’s 'Towards Sustainability' or the revision of France’s ISR labels.

“More broadly, all investment products and regulatory frameworks under the EU Action Plan depend on underlying asset-level data which is just not there yet, leading to a reliance on third-party estimates on metrics such as taxonomy alignment and emissions. The EU’s priority now rightly is to make sure that corporate disclosure rules under the incoming Corporate Sustainability Reporting Directive are fit-for-purpose and finalised. Only then will the rest of the jigsaw fall into place.”

Once the Ecolabel criteria is finalised by the Commission, it will be voted on by EU member state representatives who sit on the Regulatory Committee, after which it will be sent to the EU Parliament and Council, who will have the option to veto the proposals before it is formally adopted.

Yesterday, RI reported that EU member states have asked for an extra two months to scrutinise the criteria and thresholds which underpin the EU Taxonomy but RI understands that the work being done on the Ecolabel’s taxonomy alignment is unrelated to the former.