Responsible Investor
Home Sponsored Executive pay: How much is too much?
Return to search
Sponsored 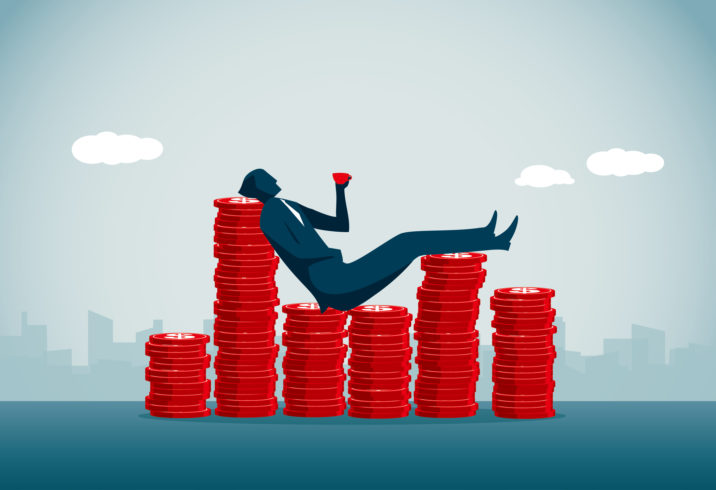 This article is sponsored by Triodos Investment Management.

CEOs have received a great deal of criticism over their apparently excessive pay packets in recent years. “Excessive executive remuneration adds to income inequality within countries and causes tensions within the company,” says Iris Lether, investment analyst at Triodos IM. “A CEO earning 500 times as much as the average employee is simply not justifiable.”

Lether and fellow investment analyst Fabian Meijs have contributed to Triodos IM’s new paper Executive Remuneration – Enough is Enough. In this feature, Lether and Meijs tell us more about the outcome of their research and explain why remuneration of CEOs is one of the criteria that Triodos IM takes into account when assessing companies.

Public scrutiny of executive pay has increased in recent years – but there are few signs that the tide is turning. In fact, rising executive pay is contributing to ever greater levels of income and wealth inequality. “This is concerning from an ethical point of view, but also because this growing inequality goes hand in hand with poverty and social tension,” says Lether. “In our new free downloadable paper we describe the origins of excessive CEO remuneration and our approach on this issue.”

The Economic Policy Institute notes that between 1978 and 2020 the remuneration of CEOs in the US grew by 1,300 percent, while the average employee received a wage increase of just 18 percent. On average, company leaders now earn 320 times as much as the average employee, while in 1978 the difference was ‘only’ 27 times. Lether says: “Ultimately, it is up to the shareholders of listed companies to address this. But as long as a company continues to produce good results, shareholders pay very little attention.”

As Lether says, income inequality is an issue that Triodos IM has been focusing on for several years. The asset manager often votes against high remuneration packages. “Within a company you do things together; its results are the product of a group effort. That is also the philosophy within our company. From an economic perspective you could also wonder if the contribution of the CEO warrants extremely high remuneration. Could that money not be put to better use?”

A clear limit for the CEO

Extreme income differences have no place in the sustainable and fair society that Triodos IM is aiming for, says Lether. “The remuneration of the CEO is therefore one of the criteria we consider during our stock selection process. For smaller listed companies we apply a limit of €2.5 million, while for the world’s largest companies the size-adjusted limit may be as high as €20 million per year. This approach adjusts for company size and is based on the average figures over the last five years.”

Lether admits that setting a limit can be tricky. The right level of remuneration varies from company to company. “That is exactly the reason why shareholders do not set limits. But if they don’t do it, no one will. Exactly for that reason, we have set limits. And we hope that other parties will follow our example.”

The limits set by Triodos are the result of a detailed process. “Based on our in-house research, and based on what we find ethical, we know that a salary of between €1 million and €2.5 million – as a five-year average and adjusted for company size – might be acceptable,” says Lether.

Triodos analysts have also assessed the portfolio and the benchmark. “Around 13 percent of the companies represented in the MSCI World Index for which data is available exceed our remuneration limit. For our funds, this percentage is much lower, currently being around 7 percent of the holdings.”

The first step involves Triodos IM applying the limit, adjusting for company size. “Specifically, we consider the market value, revenues, and number of employees of the company,” says Meijs. “The CEOs of large companies may then earn up to eight times €2.5 million, while for the CEOs of smaller companies the limit is much lower.”

The next step is the assessment of the ‘pay ratio’: how much more does the CEO earn than the average employee? Triodos IM analysts use a limit of 100 to 1. “If a company fails to pass these hurdles, we thoroughly review its remuneration structure. Based on this analysis, we ultimately decide whether a company is eligible for inclusion in our portfolios,” says Meijs.

Engagement on the remuneration structure

Triodos IM engaged with seven companies represented in its sustainable investment portfolios – Adobe, Cisco, Disney, Nike, Paypal, Prologis and Starbucks. “We discussed the whole remuneration structure, not just the level of remuneration. We were pleasantly surprised that companies are willing to engage on this subject,” says Meijs.

Excessive remuneration is bad for society, but also for a company. “It can demotivate staff, for instance, knowing that their boss earns so much more than them,” warns Meijs. “But another issue is that bonuses may tempt a CEO to pursue short-sighted actions. Especially stock options forming part of remuneration packages may tempt CEOs to take much bigger risks, due to the potentially almost unlimited gains that can be made.”

Meijs notes that things are slowly improving in this area. “Companies still find it a difficult subject and indicate that in terms of remuneration they need to remain aligned with their peers. But increasingly often, other investors follow our example when voting at Annual General Meetings, especially when it concerns golden handshakes – although still not as often as we would like. Things are moving inch by inch, but at least we are heading into the right direction.”

This article was written by Iris Lether and Fabian Meijs, Investment analysts at Triodos Investment Management.