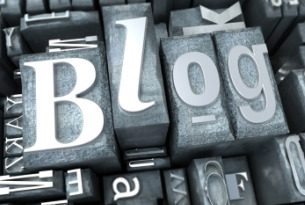 Institutional investors’ moves to divest their portfolios of fossil fuels, highlighted by high-profile decisions by the likes of Australian National University, Glasgow University and the Rockefeller Brothers Fund, is “out of step with reality” and a “diversion” from the search for technological solutions to climate risks, says ExxonMobil.

“One proposal that is being pushed – with a full-throated endorsement from Mary Robinson, Ban Ki-moon’s special envoy on climate issues – is a movement to get large institutional investors to divest their holdings of companies involved in producing fossil fuels,” the company says in a blog posting. “It is, simply, a movement that is out of step with reality.”

The blog by Ken Cohen, the company’s vice president of public and government affairs, says divestment is a “diversion from the real search for technological solutions to managing climate risks that energy companies like ours are pursuing”.

It goes on to discuss the benefits of fossil fuels, saying the growth of natural gas production has helped displace coal for power generation, leading to a reduction in US energy-related greenhouse gas emissions “to levels last seen in the 1990s”.
This is contrasted with the “more bureaucratic approach” in Europe which has “undermined investment and innovation, and largely failed to curb emissions”.

“Those currently calling for divestment should celebrate what our industry has done, not condemn it,” Cohen argues, adding there’s no scalable alternative available to replace fossil fuels.

It has found an “alarmingly low level” of integration of climate risk considerations in the sector – despite evidence the companies recognise the risks as material. The sector, it finds, is “unprepared to respond in depth to how the clean energy transition will affect business viability”. Last week, Carbon Tracker noted, Bank of England Governor Mark Carney reiterated his view that “the vast majority of [oil] reserves are unburnable”. Indeed, last month Carbon Tracker said Exxon “may be seriously underestimating the risk to shareholder value” of a low carbon scenario.

Meanwhile, Professor Ian Young, Vice-Chancellor of the Australian National University, has issued a robust defence of the university’s divestment decision. Young, an oceanographer who has consulted to the offshore oil and gas industry, said it is being seen as “another domino in the divestment-movement effect”. But, writing in the Sydney Morning Herald, he said ANU’s position on socially responsible investment is “considerably more nuanced” than it is portrayed. He said: “Although the ANU has been attacked for its decision, we are simply part of a much bigger debate about carbon and carbon pricing.
“My own views are that the world must eventually move away from the use of fossil fuels. This, however, will take decades. In the meantime we will require such fuels.”