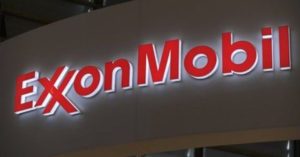 Clarification: New York Common has asked us to clarify that it and the Church Commissioners are not campaigning specifically for investors to vote against the board; the exempt solicitation refers to the separation of chairman and CEO, although it does mention they will vote against the board.

ExxonMobil has accused the Church of England/New York State Common Retirement Fund of “misrepresenting” its position on engagement and climate change ahead of its annual meeting later this month.

With the two investors very publicly saying they would vote against the entire Exxon board, the oil major has said their campaign is “unwarranted”.

The two investors were unsuccessful in getting a climate resolution, co-ordinated by the Climate Action 100+ initiative, onto the agenda of the AGM – although there are other climate-related motions set to go to a vote at the May 29 meeting in Dallas.

Exxon’s company secretary and investor relations head Neil Hansen, in a blog post entitled ‘ExxonMobil on Climate Change and Shareholder Engagement’ filed with the SEC, wrote: “We feel this is important because two funds representing retirees and other ExxonMobil investors, the Church of England and New York State Common Retirement Fund, are currently misrepresenting our position on these important matters in an effort to influence voting at our annual shareholders meeting later this month.”

He went on: “We respect their right to disagree but believe their campaign urging other shareholders to vote against the Board and to change the company’s governance structure by separating the roles of chairman and CEO is unwarranted.”

RI reported last month that investors were weighing up the possibility of voting against the board.

Hansen argued that the Houston-based giant is “committed to doing its part to address the dual challenge of meeting the world’s growing demand for energy while reducing the risks of climate change”.

He cited Exxon’s Energy & Carbon Summary, which analyses potential impacts to the company’s business through 2040, considering the average of potential 2°C scenarios which project global energy-related CO2 emissions in line with the goals of the Paris Agreement, “which we support”.
Hansen goes on to say that since 2000, ExxonMobil has spent more than $9bn to develop and deploy lower-emission energy technology.

On shareholder engagement, Hansen makes the point that “not all owners agree on how best to manage the myriad risks a company faces, including the risks of climate change” and that “robust” shareholder engagement was critical to the governance of the company – although Exxon only relatively recently allowed shareholders to talk with directors, under new CEO Darren Woods.Hansen says that last year Exxon held more than 80 engagements on ESG issues with investors including “multiple” engagements with the Church of England and New York State Common Retirement Fund.

But Edward Mason, Head of Responsible Investment for the Church Commissioners said: “Our exempt solicitation is fully grounded in fact. Exxon has not made any commitment to long-term emissions reductions across its value chain. Nor has it engaged seriously with Climate Action 100+. This is an engagement initiative backed by investors with over $33 trillion of assets. It merits committed, board level dialogue, not an occasional hearing at staff level; not just a meeting, but a meeting of minds.”

“It merits committed, board level dialogue… not just a meeting, but a meeting of minds” — Edward Mason

Exxon received 14 proposals for its AGM and says it engaged directly with all proponents. Some of the proposals sought more action on climate change while others opposed additional action on the issue. One resolution that will go to the vote comes from Arjuna Capital: it calls for a board climate committee.

Exxon disagrees with the argument from the Church of England and New York Common that Exxon is failing to engage with shareholders and is not taking climate change seriously.

It says it has had “detailed discussions” with the Church of England and New York Common “including an in-person meeting just a few months ago”.

In a separate development a shareholder resolution co-filed by investors acting as part of the Climate Action 100+ initiative at BP has received an unprecedented level of support from 58 investors with just under 10% of the company’s voting shares.

“This marks a new global best for the level of support a shareholder resolution on climate change has received,” said the Institutional Investors Group on Climate Change (IIGCC), the investor body which is co-ordinating the effort, which has the backing of the company itself.