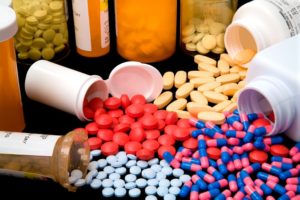 The $9.2trn (€8.1trn) farm animal welfare network FAIRR has welcomed new European legislation banning the prophylactic use of antibiotics in farming from 2022.

The group, whose full name is Farm Animal Investment Risk & Return and which represents an A-Z of investors (from Actiam to Zevin), was responding to the European Parliament’s action, which was supported by 97% of MEPs.

The new legislation bans the preventative mass medication of groups of healthy animals and the use of un-prescribed antimicrobials. It still needs to be formally approved by the member state-level Council of Ministers, which gave provisional approval earlier this year.

It’s an issue that FAIRR has been campaigning on since 2015. It says estimates suggest that over 70% of the world’s antibiotics are used in farming – to compensate for the substandard living conditions of animals where disease outbreaks are common and harder to control.

It says there is “strong evidence” suggesting this overuse has contributed to an increase in antibiotic-resistant bacteria, which can spread to people, rendering antibiotics ineffective for both humans and animals.

Senior medical figures have even warned that the issue threatens the basis of modern medicine.Green MEP Molly Scott Cato said the legislation would ensure antibiotics remained “available and effective when we need them” but some farmers groups called it “overly restrictive”.

FAIRR was founded in December 2015, and the first shareholder engagement it facilitated was to ask large food companies such as McDonalds to phase out the non-therapeutic use of antibiotics important to human health in their global meat and poultry supply chains. The engagement focuses on the investment risks and has been highly successful. Of 20 global companies engaged by FAIRR, 19 have now implemented policies on antibiotic stewardship.

Jeremy Coller, Founder of the FAIRR Initiative and Chief Investment Officer of Coller Capital said: “Europe’s new restrictions on antibiotic use on farm animals are both inevitable and welcome news.

“Responsible investors have been engaging with companies for nearly three years through FAIRR to help them understand the direction that legislation is heading on antibiotics, and to help them manage the investment risk emerging with antibiotic resistance.”

He called it a “huge step away from preventative group treatments of healthy animals towards a more responsible use of antibiotics in livestock farming”.