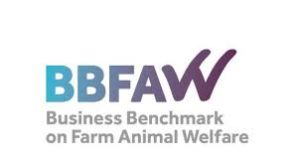 When we developed the Business Benchmark on Farm Animal Welfare, we identified investors as a key audience for the information that we would produce. Our discussions with investors over the past year suggest that an increasing number are considering farm animal welfare-related issues in their investment research and decision-making. Some are focusing on the business risks and opportunities of farm animal welfare for the companies in which they are invested. Others are considering companies’ exposures to farm animal welfare-related issues and are using the Benchmark as a measure of how these companies are managing these issues. Others are using the Benchmark as a measure of the quality of companies’ risk management systems or of their supply chain management processes more generally.

A more striking change has been the willingness of investors to engage with companies on farm animal welfare. In mid-2015, the BBFAW secretariat initiated the first ever international collaborative initiative aimed at encouraging major global food companies to strengthen their management systems and processes on farm animal welfare. To date, eighteen institutional investors (see Note 1 below) from the UK, the Netherlands, France, Canada, the USA and Australia have joined the initiative.

While it is too early to offer a definitive view on the effectiveness of this engagement, the signs are positive. The fourth Benchmark indicates that thirteen of the forty companies have already responded by publishing a farm animal welfare policy or providing high level information on their approach to farm animal welfare. While these are modest steps, they can also be seen as early signs of change within these companies.Where to From Here?

The Business Benchmark on Farm Animal Welfare has been developed with the support and expertise of leading farm animal welfare organisations, Compassion in World Farming and World Animal Protection, with additional funding from Coller Capital and the Esmée Fairbairn Foundation. Home page