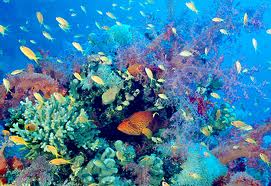 The issue of biodiversity and investment has continued to evolve quickly this year as the United Nations-led Decade of Biodiversity gathers momentum.

At October’s Convention on Biological Diversity in Hydrabad, governments pledged to double their investment to $10 billion each year, falling far short of the estimated $200-300 billion each year required to try and reverse biodiversity loss around the world by 2020.
This means there’s plenty of opportunity for private investors to finance biodiversity orientated projects – but attempts at direct investment are often stymied by the lack of agreement upon the materiality of biodiversity, making it hard to build a business case and maintain shareholder value.
However, what investors can do is ensure that the projects they support minimise their impacts upon biodiversity, and many use the IFC’s Performance Standard 6 (PS6) on biodiversity to great effect.
This standard requires clients to ensure there is no net loss of biodiversity in projects affecting natural habitat, and a net gain of biodiversity for projects affecting critical habitats. The only issue for investors has been ensuring that the project truly delivers the results it says it will at the outset.
Now a new Biodiversity Offset Standard has been developed which can help investors examine the biodiversity management plans of each individual project and ensure their compliance with PS6 and other lending criteria.The standard has been drawn up by the Business and Biodiversity Offset Progamme (BBOP), a collaboration of over 80 leading financial institutions, business and regulators which has brought together best practice from around the world. It comprises over 60 indicators and criteria, all of which are required, and lays out a blueprint Biodiversity Offset Management Plan to detail a project’s impacts and how it will resolve them.
At the standard’s heart lies BBOP’s mitigation hierarchy which states that the project has to do its best to avoid, reduce or restore biodiversity before it can start to develop an offset plan. It also demands that the offset be located within the same ecological landscape as the project: so you cannot offset damage to river life in one country by planting trees in another.
It’s this approach which gives the standard strength and ensures that offsets aren’t used as a shortcut, according to Mick Hall, Associate Director of Arup.
“Having offsetting presented as a measure you are taking will only be of benefit if it is robust,” he explains. “So a strict standard like this will help prove that robust case and show that it’s not just lip service.”

Another key aspect of the standard is transparency. PS6 requires that a project causes at minimum no net loss to biodiversity and in critical cases requires a net gain to be demonstrated. How calculations are made to comply with these criteria is not part of the standard, but it does require that that the methods used to calculate the loss and gain and the metrics used in comparing the project

and offset locations are explained and explicitly stated.

This level of transparency is critical for institutions’ due diligence assessments because it gives clear insight into a project’s biodiversity issues and how it proposes to tackle them, as well as providing strictly defined conclusions about the end results the offset is planning to achieve.

A final cornerstone of the standard is its long sighted and all embracing view. Under the standard an offset is not just created and then left to its own devices. There also have to be appropriate plans to monitor the offset and managed it adaptively to ensure the desired effects are taking place, preferably for perpetuity.
The standard also requires that an offset’s design and implementation includes the consultation and participation of any locally affected communities. This goes further than free, prior and informed consent by requiring that the offset to takes into account the traditional knowledge and customary arrangements ofthe communities. It also requires that all stakeholders

have an equitable share of the risks and rewards in the scheme, opening the way for them to be involved in the long term participation in the offsets’ management.

A number of companies are already using the standard around the world, including mining projects in New Zealand and Madagascar, and the principles which underpin it have been used to demonstrate a net gain in biodiversity during a recent major industrial expansion within the UK.
Furthermore, the growing appetite within the finance world to engage with biodiversity opportunities is matched by activity in other sustainability organisations, such as RSPO, which are looking to establish their own biodiversity offsetting schemes.
“The driving force has to be a desire from financial investors for the change to happen and I think that is there,” said Mick Hall. “The next stage is to resource it and make sure outcomes are valuable.”