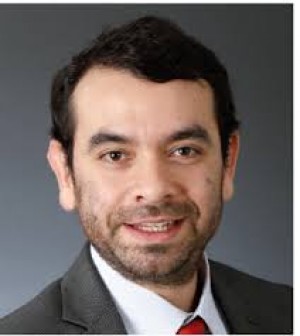 This is the 11th in RI’s ‘The EU Action Plan: What Matters To Me’ series, providing insights from market experts on the implications of the EU Action Plan on Sustainable Finance. Today, BNP Asset Management’s Felipe Gordillo argues that central banks should embrace some of the tools being developed as part of the policy package, and ramp up green bond buying.

Given the extent of the climate emergency that we face, green finance needs to scale up to the levels required for an effective response; the EU estimates that a minimum annual investment of €175bn is needed to support its climate mitigation targets. Today, there is decisive momentum for green finance, with actions and proposals from policymakers, supervisors and central banks. In 2018, the EU established an Action Plan for Financing Sustainable Growth, aimed at increasing green and sustainable financial flows by: clarifying the role of institutional investors regarding integrating ESG risks, incorporating sustainability in prudential regulation, an EU classification system or ‘taxonomy’ and an EU Green Bond Standard. In April 2019, central bank and supervisors group the Network for Greening the Financial System (NGFS) published its first progress report, outlining how to translate commitments into action through strategic policy signals and monitor climate financial risks.

A meaningful increase of green finance flows requires political will, pragmatism and co-operation between central banks, policy makers and members of the investment community. In this article, we discuss the role of central banks in contributing to increased green financial flows in their capacity as asset owners, financial stability supervisors and monetary policy setters.

What will it take for central banks to become champions of ESG integration and responsible investment?

One NGFS call to action is to encourage central banks to integrate sustainability factors into the management of their portfolios and reserves; they are important asset owners, with reserves totalling $13trn, against $6-8trn for sovereign wealth funds and $18trn for the world’s largest pension funds. Pioneers include Banque De France, which published its responsible investment policy in March 2018 and its first responsible investment report a year later; and the Dutch Central Bank (DNB), which in March became the first central bank signatory to the Principles for Responsible Investment, and set responsible investment targets aligned with Sustainable Development Goals.
European central banks, as asset owners, are well placed to implement the EU’s green taxonomy. They are starting to pursue sustainability and positive impact goals, and it is a practical tool for them to measure and monitor the green assets in their portfolios. Their involvement creates opportunities for co-operation and collaboration. Asset managers can become a source of knowledge, training and technical assistance; central banks can contribute to increased quality and market standardisation, supporting the demand for improved ESG data and more sophisticated solutions such as climate scenarios. By leading by example, they can establish best practice, creating peer pressure amongst the institutional investment community.

Taxonomies are key for prudential regulation from a policymaker perspective, but will changing prudential rules deliver a timely response to the climate emergency?

NGFS supports the development of taxonomies, allowing central bankers to identify activities and sectors needing differentiated prudential regulation. The European debate around the ‘Green Supporting Factor’ (GSF) and using taxonomy-based prudential regulation to scale up green finance centres on two questions: whether a policy instrument designed to manage risk and ensure financial stability should be used to support green finance flows (some stakeholders are supportive, as capital requirements are used as incentives in areas including trade finance ); and how efficient and impactful might this be, given the empirical evidence suggesting that Europe’s existing ‘SME supporting factor’ (SMESF) has had limited impact.NGFS argues that “it is currently impossible to draw general conclusions on potential risk differentials”. Analysing and understanding ‘default rates’ between green and brown can be perilous; data collection is challenging, with historical data an unreliable indicator of future risks.

Central banks are starting to pursue sustainability and positive impact goals, and the taxonomy is a practical tool for them to measure and monitor green assets in their portfolios

Furthermore, as Mark Carney said in his ’Breaking the Tragedy of the Horizon’ speech, “once climate change becomes a defining issue for financial stability, it may already be too late”.
Similarly, the appearance of empirical evidence justifying the need for differentiated prudential rules could also signal that time has run out. Time is a scarce asset in fighting climate warming. The prudential pathway seems slow and perilous, and the expected reward – a significant increase in green flows – is not necessarily supported by evidence, with recent studies suggesting that the GSF’s benefits may be even lower than that of the SMESF.

Would a preference for green assets come at the cost of price stability?

The ECB’s asset purchase programme has led it to become one of world’s largest holders of green bonds, with €18bn, or 20% of the European eligible corporate green bond universe. Without prejudice to price stability, the EU’s Technical Expert Group on Sustainable Finance (TEG) has called for central banks to express a preference for buying green bonds through their market and asset purchase operations. A preference for green bonds could solve the problem of the lack of pricing signal for issuers to tap the green bond market. A small price advantage in the primary market would compensate issuers for their efforts to provide a positive environmental externality, which is a public good.This would create an EU green bond market in which real economic incentives, rather than just soft corporate responsibility benefits, drive issuers to increase green assets on their balance sheets. However, this preference needs to be fine-tuned to avoid any risk of crowding-out private investors. So far, NFGS has been cautious regarding using monetary policy instruments to mobilise capital, whereas in China, the PBOC is a pioneer in openly using a monetary policy instrument to support green assets.
There is also considerable debate around the use of temporary cyclical instruments, aimed at stimulating the economy, as a tool to support low-carbon and green assets. Central banks are worried about the potential adverse effects on price stability and the exposure to riskier green assets that would lower overall portfolio quality. However, economists such as Paul de Grauwe suggest the ECB could replace old bonds with new, environmental bonds in such a way as to avoid ‘money creation’ that could threaten price stability targets. He asserts that given the existential nature of environmental degradation, including climate change, the priority should be to use the ECB’s money-creation capacity to support environmental projects in a non-inflationary way.
History shows that central banks’ goals and responsibilities change according to economic necessity and intellectual trends, often challenging conventional economics wisdom. The climate emergency is an existential threat for global civilisation and for central banks themselves, because it can erode conventional monetary policy effectiveness. NGFS central banks have committed to mobilising financial markets to ensure an orderly transition and avoid a climate-driven ‘Minsky moment’ or unexpected asset price collapse .
It’s clear that central banks are well positioned to become responsible investor champions. However, at this stage, monetary policy instruments (e.g. a preference for green bonds through asset purchase operations), rather than prudential regulation seems more appropriate to scale up green finance. History will recall Mario Draghi’s pledge to save the euro by doing “whatever it takes”. We hope that the sense of urgency is understood and that central bankers, investors and policymakers will also do whatever it takes to save the planet, and in doing so, protect long term portfolios.