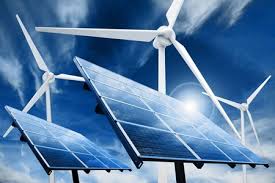 Once a small niche of the infrastructure asset class, renewable energy investing has exploded in size and maturity with a universe of over 50 managers offering strategies dedicated to the sector. Yet the winds of change are blowing as government subsidies decline, corporate PPAs rise and less conventional sub-sectors take on greater prominence in portfolios.

The asset class that emerged to foster the “energy transition” is itself in transition. Earlier this decade governments were actively looking to tease out investment, offering long-term feed-in tariffs or Renewable Obligation Certificates (“ROCs”): an almost bond-like income stream. Producers did not have to match their production with a buyer. Today, as we enter a world of subsidy-free renewables in Europe and the spectre of tax credits not being renewed in the US post 2021, producers are increasingly reliant on large corporates choosing sustainable energy generation.

This means that investors are potentially more exposed to merchant power price risk or, in the case of corporate power purchase agreements (PPAs), corporate risk. Meanwhile, the cost of the underlying technology has broadly come down and advances in technology have made equipment more efficient. As a result, renewable energy contractors are effectively competing against fossil fuel generation in power markets and for procurement contracts across the world.

The decline in subsidies does not, however, signify a decline in momentum. The political decarbonisation agenda, multilateral accords and energy security measures are driving further investment into renewable energy generation. The investor base is also growing, with more consultants encouraging pension funds and endowments towards the area, particularly (but not solely) those concerned with ESG and impact investing.

Indeed, during 2018 bfinance saw 30% of its clients with infrastructure mandates select a renewables-focused manager. That being said, renewables have not entirely shaken off their “marmite” image; some investors still bear the scars among the industry’s early vanguard, even though these were partly caused – as were so many during the global financial crisis – by excessive leverage.
With these over-arching trends in mind, how should we view the current opportunities and risks? Do investors now effectively have to take on construction risk in order to get net returns of 8-10% or better? Are the managers engaging in greenfield projects genuinely equipped to handle them? Should offshore wind take greater prominence in the opportunity set, given the potential for upside from better energy yields? Are the corporate PPA arrangements that occupy a growing slice of the market – a trend that will continue as these arrangements become more mainstream – being priced appropriately? Should we be focusing more attention on newer segments of the renewables ecosystem such as storage, frequency response or even electric vehicle charging?

A polarised risk/reward spectrum
Just like conventional private infrastructure, the renewable energy infrastructure space incorporates a wide variety of strategies spanning the risk-reward spectrum: at one extreme we find contractual, stable and income-generative (quasi bond-like) investments; at the other end we find a more development- and construction-oriented flavour. Target net IRRs on funds vary from 6-8% for conventional renewable technologies in developed markets to more than 20%.
Yet unlike classic infrastructure, which provides a substantial middle ground of modest value-added or high core-plus deals, renewable energy infrastructure is more polarised between two extremes. Indeed, how much “value-add” can a manager provide once a wind farm is operational? Inevitably many of the higher return strategies involve entering projects at earlier stages of the lifecycle or venturing into those less proven segments of renewables.While a number of managers do offer funds targeting an intermediate return outcome, these portfolios are likely to be comprised of a barbell-type blend of conventional renewables and more opportunistic strategies rather than deals which individually deliver net IRRs around the 8-12% mark. This means that the decline of subsidy arrangements does not only affect those funds with more modest IRR targets but those in the intermediate space.

There are various sub-strategies. First, Commoditised strategies: here we find the solar and wind projects with cast-iron economics and cast-iron government support. This segment is characterised by established facilities, conventional technologies and part-guaranteed revenues, particularly in Western Europe. The bucket also includes some late-stage construction projects, such as those with engineering, procurement and construction [EPC] wrappers (whereby the contractors, rather than the developer, bear the bulk of the risk).

As we travel up the risk-reward spectrum, we see investors turning up various risk dials in search of higher returns. These include: similar strategies but with newer technologies such as storage or energy from waste (operational/maintenance risk); deals in developing markets (political risk); conventional technologies but at an earlier construction stage (construction risk). In addition, there is potential for excessive leverage in view of those increased risks. We refer to these as cross-over strategies because they tend to involve a more conservative aspect (e.g. a well-established technology) and a more aggressive aspect (e.g. more construction risk). Investors should carefully scrutinise manager capability for a move towards greenfield investing; this is not always robust.
Storage and intermittency are particularly powerful themes at present. The wind does not always blow; the sun does not always shine. While renewables are becoming relatively mainstream, the infrastructure around these technologies is still rather nascent: batteries, ecosystems to facilitate energy transition, infrastructure to cope with unanticipated fluctuations in voltage. For example, we see managers that are investing in gas peaking facilities alongside renewables to create an integrated offering that bridges the gaps. These projects are often exposed to merchant power price risk but benefit from their monopoly position that requires them to provide capacity to the grid.

Then there’s frontier strategies. Examples may be: deals with sole exposure to merchant power prices; newer technologies such as geo-thermal or bio-energy; projects in emerging markets involving construction risk; and conventional projects in mature markets involving more development risk. Much of this segment is developer-led, with some indeed either launching funds or partnering managers.

Is the bottom falling out?
We are currently in the last wave of subsidy arrangements for renewable energy projects. The UK, for instance, saw the final wave of ROC-approvals during the last two years. While there will still be some assets coming through the construction phase and the market for trading these assets will continue, the lack of new creation will lead to overall shrinkage in supply. In addition, we see the returns on these assets undergoing compression: they’re already down to the 6-7% mark in the UK and even lower in France and Germany.

In the new, post-subsidy universe we see managers increasingly exploring corporate PPA deals, whereby large companies underwrite long-term agreements to purchase a certain amount of power at certain rates. This type of arrangement is quite mainstream in the US (c.8GWh of corporate PPAs were entered into in 2018 according to Green Investment Group) and more nascent in Europe. At present they sit somewhere in the middle of the available risk/reward spectrum.

It is worth taking time to think carefully about the risks involved: in particular, how many corporates today will still be here in 30 years’ time?
If one were to play devil’s advocate for a moment, one might see the decline in availability of deals at the lower-risk end of the spectrum as an opportunity for those prepared to play in the somewhat higher-risk territory, i.e. taking projects through development and construction (as well as securing long term revenues) and selling these on to patient long-term investors who simply desire an annuity stream. There are some very compelling opportunities available at present at this end of the spectrum. In the US, for example, certain tax incentives will begin to phase out from 2021, producing a raft of available deals where investors can develop projects and essentially play a cost-of-capital arbitrage.
ESG credibility under scrutiny
Renewable energy funds, like other thematic strategies, have benefited from the rising interest in ESG broadly and impact investing in particular.
Yet ESG credibility is not straightforward. While renewables may appear to represent an easy way to tick the “impact” box, today’s sustainability-oriented investors are concerned about the broader ESG picture, not simply the clean energy label. Although much of the renewable energy manager landscape has been able to ride on the coat-tails of ESG-conscious investing in private markets, the “environmental” is only one component of ESG.
As the ESG agenda matures and benchmarking improves, renewables managers will need to demonstrate their credentials beyond the “E” in “ESG”.For example, bfinance has come across investors concerned with wildlife protection during the construction of assets, health and safety measures in place for workers at a biomass plant, and even the reputational effect of any dividends being channelled via off-shore tax havens.

One interesting trend in the renewables space is a growing emphasis on the “S” of ESG: the Social Impact that can be delivered. This is particularly applicable for projects in emerging and frontier markets, where that new energy supply may be critical to supporting and developing the nation’s economy.

So what does this all mean for investors? Clearly, the proliferation of renewables strategies in the market is a positive development. However, asset allocators will need to gain more comfort in merchant project economics as government incentives and subsidies are phased out. Even where subsidies persist, investors seeking higher returns will need to take on more construction, power price, counterparty, political or operational risks as yields continue to compress. The sector should no longer be approached as a “fixed income proxy.” Yet this challenge brings opportunities for those capable of navigating the less conservative end of the spectrum.

Anish Butani is Director of Private Markets at bfinance.